About Us
Navigate To… 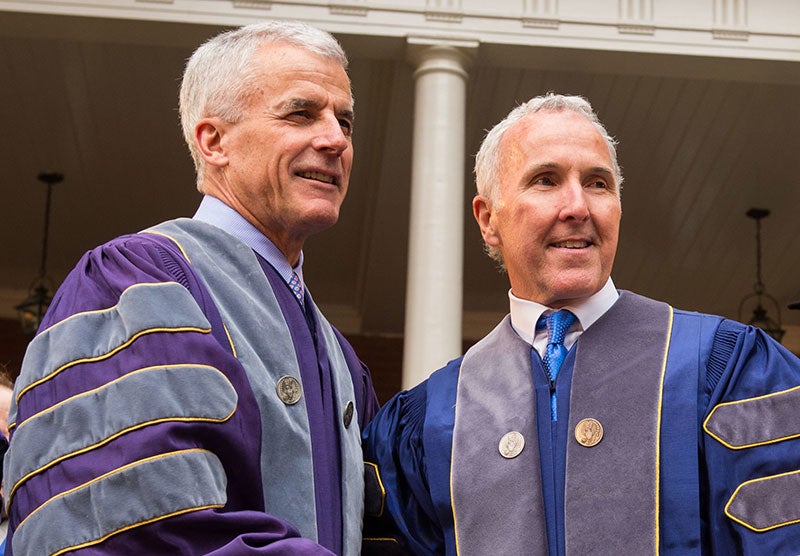 Frank H. McCourt, Jr., is an accomplished business and sports leader, entrepreneur and philanthropist. He is the former owner of the Los Angeles Dodgers, the current owner of the French football club Olympique de Marseille, and Chairman and CEO of McCourt Global, a leader in building value through entrepreneurial, strategic and philanthropic investments. With family roots in real estate and construction dating back four generations to 1893, McCourt has achieved critical success over his 35+ year career, with initiatives ranging from the development of Boston’s Seaport to large, mixed-use projects in New York City, Miami, Austin and elsewhere.

In 2013, McCourt acquired a 50% interest in the Global Champions Tour, an international show-jumping series that draws the best international riders and horses in the sport to its premier circuit of events across Europe, Asia, North America and the Middle East. Regarded as the Formula One of show jumping, this growing championship series features the highest level of competitions taking place in the most iconic locations in the world’s greatest cities. Focused on expanding the global appeal of show jumping and creating significant growth opportunities for the Tour, McCourt introduced the series to American audiences in 2015 through a new annual event on the sands of Miami Beach.

An active philanthropist, McCourt acquired the operating rights to the Los Angeles Marathon in 2008 and led the turnaround of the organization, creating the signature Stadium to the Sea course, which has achieved international acclaim. Each year, the Los Angeles Marathon attracts participation from more than 90 charitable organizations that raise over $3 million for area causes. McCourt also created ThinkCure! in conjunction with Children’s Hospital Los Angeles and the City of Hope. Loosely modeled after the Jimmy Fund, which McCourt’s grandfather helped launch in 1948 while an owner of the Boston Braves, ThinkCure! has raised millions of dollars dedicated to research that accelerates finding a cure for cancer.

McCourt also is a passionate supporter of several academic, civic, and cultural institutions and initiatives. In 2013, he donated $100 million to Georgetown University to create the McCourt School of Public Policy and a second $100 million gift in 2021, half of which was devoted to financial aid and scholarships. Additionally, McCourt serves on the Board of Directors and is a major benefactor of The Shed, an innovative and architecturally-significant art and cultural center that commissions and presents original works of art in the heart of Manhattan’s Hudson Yards.

Mr. McCourt received his undergraduate degree in economics from Georgetown University in 1975. He is a former member of Georgetown’s Board of Directors and co-chair of the University’s Third Century Campaign (New England Region). Two of Frank McCourt’s brothers attended Georgetown — Terence P. McCourt (C’77) and David C. McCourt (C’79) — and their father, Frank H. McCourt Sr., graduated from the university in 1939. One of Frank McCourt Jr.’s four sons, Travis (C’05), is also an alumnus.