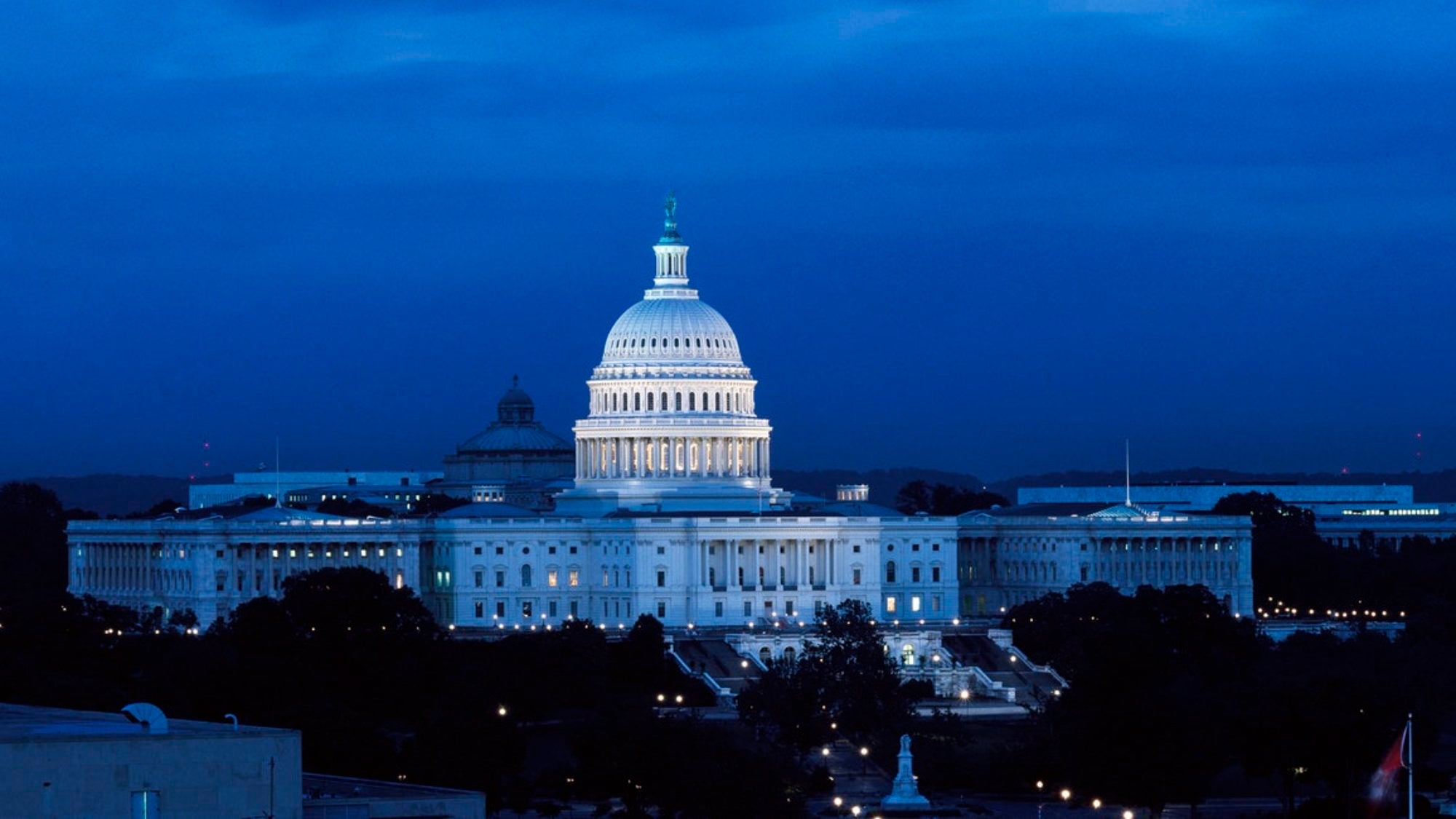 Policy Insights Ahead of the 2020 State of the Union Address

On Tuesday, President Trump will deliver the State of the Union amidst a backdrop of an impeachment trial and an election year. The address generally touches on a number of policy topics, many of which have been circulating in the news and political circles. In advance of the remarks, several experts at the McCourt School of Public Policy share insight and policy updates on topics likely to make their way into the national conversation.

“President Trump will no doubt claim that the US economy is the best ever and that he is responsible for that success. The truth is much more mixed. The labor market is strong, but many workers continue to suffer from stagnant wages and insufficient education and training; the unemployment rate is quite low, but that rate excludes many millions of workers who have withdrawn from the labor force and never come back. His ongoing efforts to kill the Affordable Care Act would hurt tens of millions of Americans. The $2T tax cut he pushed through Congress in 2017 provided only a temporary bump to the economy – growth is now at roughly what he inherited from the Obama Administration – and the cut was both fiscally irresponsible and designed for the wealthy. His trade wars have hurt the economy and especially the farming and manufacturing sectors – exactly whom he had pledged to help.

We should not be swayed by more sugar-coated proposals for further tax cuts or other ideas that may be regressive or irresponsible (or both). But we should be open to any ideas that truly would help lower- and middle-income workers improve their skills and potential earnings, provide needed supports to workers (like paid family leave), and begin to rebuild the nation’s infrastructure. Ideas to put Social Security and Medicare on firmer fiscal footing without hurting the retirees who will need them the most (or maybe even helping them) would also be welcome.”

– Harry Holzer is a former chief economist for the U.S. Department of Labor and John LaFarge Jr. SJ professor of public policy at Georgetown University’s McCourt School of Public Policy

“One of the important topics the President should address is our continuing, irresponsible federal borrowing. We are on track to borrow another trillion dollars this year and every year going forward for decades into the future. The sum is more each year than our entire defense budget or all of non-defense discretionary spending. Without a plan to reduce borrowing, unprecedented levels of federal debt are threatening to jeopardize the well-being of future generations. The last four Federal Reserve Chairs and the past five Congressional Budget Office directors have all, at some point, said the same thing: government borrowing is on an “unsustainable path.” Even the Chair of the Joint Chief of Staffs, the highest-ranking military officer in the U.S. armed forces, has characterized this debt as “the most significant threat to our national security”.

Solving this threat to future generations won’t be easy. We ultimately need a plan to pay off tens of trillions of dollars in already accumulated federal debt. There are, however, some baby steps that we can take to begin the process of restoring fiscal responsibility — going forward, we need to pay for what we spend. It sounds easy, but we haven’t done this in almost 20 years. If the President has a new proposal to cut taxes or raise spending, we need to know how he plans to pay for it. Similarly, we need to ask this of our other Presidential candidates. And the answer can’t again be that we’ll borrow the money and let our kids pay for it decades from now.”

– Keith Hall, former director of the Congressional Budget Office and professor of the practice at McCourt School of Public Policy.

“President Trump may only raise in passing the topic of health care in his State of the Union this week but it’s important to remember one of his Administration’s top health priorities continues to be fundamentally altering the Medicaid program by converting it to a ‘block grant’ or ‘per capita cap.’ It was a key element of the Administration’s failed effort to repeal the Affordable Care Act in 2017, has been part of past budget plans and will almost certainly be part of this year’s budget as well. In fact, the Administration issued guidance just last week encouraging states to apply for Medicaid waivers imposing a block grant or cap of a portion of their programs.

Why would a block grant or a per capita cap be such a radical change to Medicaid and so harmful? Under current law, the federal government agrees to pay a fixed percentage of states’ Medicaid costs related to providing affordable, comprehensive health coverage to low-income children, parents, seniors, people with disabilities and other adults.

In contrast, under a block grant or per capita cap, the federal government would provide only a fixed amount of federal funding, either on an aggregate or per-beneficiary basis, with the funding set to grow increasingly inadequate each year. Faced with federal funding shortfalls, states would either have to make up the difference by raising taxes or cutting other parts of the budget or, as is more likely, making damaging cuts to Medicaid in the areas of eligibility, benefits and provider payments, with the cuts becoming more severe over time. States would also be on the hook for any higher-than-expected costs resulting from a recession, a natural disaster or epidemic or costly new breakthrough treatments and drugs. That would place millions of Medicaid beneficiaries, including children and families, at serious risk of losing their Medicaid coverage or foregoing needed care.”

“President Trump is expected to maintain his commitment to an aggressive deregulatory agenda, including the rollback of over 95 environmental regulations that protect air, water, and food supply. On climate change, specifically, Trump has replaced Obama’s Clean Power Plan, withdrawn guidance that federal agencies include greenhouse gas emissions in environmental reviews, and filed a notice to withdraw the United States from the Paris climate agreement.

The Trump administration’s deregulatory agenda is in sharp contrast to increasing concern among Americans about climate change. A large majority of Americans think that climate change is either a major problem or a crisis, which is a rational concern given that the world’s climate scientists have strong evidence that human activity is the cause of the disturbing pattern of climate events that we are experiencing. Because climate change is a collective action problem, requiring that every nation commits to reducing greenhouse gas emissions, the lack of American leadership on this issue is consequential for the world’s ability to stem this crisis.

In the absence of national leadership on this issue, what is striking is the equally aggressive response from states and local governments. State and local governments are divesting from fossil fuels, putting in place renewable energy portfolio standards, adopting more stringent auto emission standards, and protecting the most vulnerable communities from environmental pollution. As they do this, the Trump administration is likely to push back as it has done when it recently revoked California’s power to set its own more stringent emissions standards under the Clean Air Act.”

– Sheila R. Foster is a professor of law and public policy (joint appointment with the McCourt School and Georgetown’s Law Center), and writes in the areas of environmental law and justice, urban land use law and policy, and state and local government.

“President Trump is poised to set another record in his 2020 SOTU address, breaking the mark he established in 2019. This year’s speech will be yet more partisan. Certain to be acquitted, Trump will claim complete vindication.

All Democratic presidential candidates have made college affordability and student loan relief central elements in their platforms. In President Trump’s 2019 SOTU address, he did not mention either topic. This may change in 2020. Although Trump has throughout his term sought deep cuts in federal student financial aid programs, he has also streamlined the process for permanently disabled military veterans to obtain student debt forgiveness. Given the broad public support–including those in his electoral base–for student debt relief, we might look forward to Trump announcing a bold, if ill-conceived, new plan.”