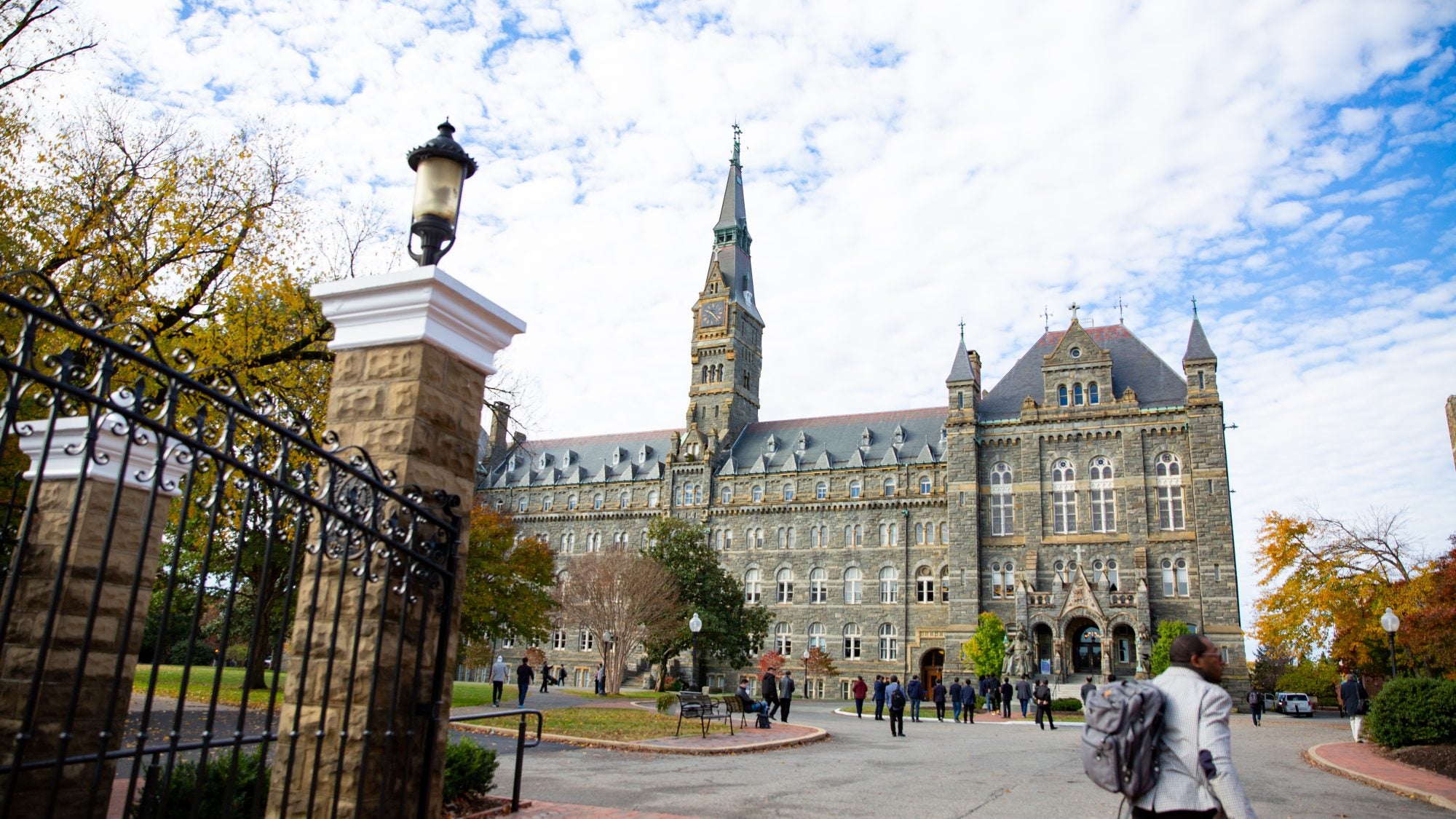 Title: Achieving another first: What it’s like to be a first-generation graduate student

Graduate students discuss how the McCourt School is helping them navigate the obstacles many first-generation students experience.

In 2016, only 23% of first-generation college graduates enrolled in a graduate program the following year, guaranteeing that those who pursued another post-secondary degree would find themselves in the minority for a second time.

First-generation students, or those in the first generation of their family to earn a bachelor’s degree, often still need support in transitioning to graduate school — ​​regardless of whether they successfully navigated their undergraduate institution. Achieving another first comes along with new uncertainties, expectations and financial needs.

Two McCourt School students shared what it’s like to be first-generation graduate students and the impact of the support they’ve received from McCourt faculty, staff and peers.

Alfredo Dominguez (MPP-E‘23), a first-year, part-time student in the McCourt School’s Master of Public Policy Evening program, was the first person in his family to attend college. Now, as a graduate student, he’s experiencing what it’s like to be a first-generation student all over again.

The disparity in academic, financial and social preparedness that comes along with being a first-generation student makes it difficult for many individuals. Dominguez, a Mexican American and native of Houston, Texas, often felt out of place at his undergraduate university.

“Being a first-generation student was difficult. It demands that you make different decisions.”

Motivated by a desire to fit in and a passion for advocacy and community building, Dominguez set out to improve the student experience for traditionally underserved communities. He became a student representative and an advocate on campus. Following graduation, Dominguez was an inaugural Lead for America Fellow, earning a two-year fellowship working in the City of Houston Mayor’s Office on the education policy team. The fellowship also provided an automatic scholarship if admitted to the McCourt School.

When Frank McCourt (C‘75) made his second transformative investment in the McCourt School and its aspiration to become the most inclusive public policy school in the nation, Dominguez knew he wanted to be a part of it. Ultimately, McCourt’s equity-focused programming and location in the center of the policy world drew him to the Hilltop. Dominguez credits the McCourt School’s financial aid and program flexibility, allowing him to work full time at a nonprofit software company in Washington, DC, and lessening the burden of student debt.

“The impact of taking on debt after graduating can be discouraging,” he said. “It’s a real blessing and a luxury to be idle and reflect on the issues that are affecting our country.”

In the future, Dominguez hopes to return to his home state and serve as a mentor in his family and local community. “I know they’re proud that I’m pursuing my passions,” he said.

Karina Barao (MPP‘23), born into a close-knit Portuguese-American family, chose to pursue her undergraduate degree close to home. When her father passed away shortly before her senior year, Barao saw first-hand how a lack of proper care and treatment made his cardiovascular disease untenable.

“I came to realize there’s a vast inequality in care among low-income individuals and families, and people of color,” she said.

Her father’s passing and the impending COVID-19 pandemic made Barao pay closer attention to health equity and deepened her fascination with the inner workings of America’s health care system. “Despite not having an educational background in health care or medicine, I knew I wanted to gain more knowledge to improve outcomes for the underserved,” she said.

Now, as a graduate student at McCourt, Barao is enrolled in courses on a health policy track, preparing herself to one day work in close collaboration with health care providers and drive change from a policy perspective.

“I have dreamed of attending Georgetown since I was 10 years old, and now I’m a first-generation graduate student pursuing a future career in health policy analysis or health technology.”

Barao credits McCourt Foundations, our newly reimagined orientation course, with ensuring a smooth transition to graduate school. “At the onset of my program, I was exposed to diversity training and provided with opportunities to be vulnerable. Having tough talks with my peers and learning how to work across differences fostered community from the beginning,” she said.

Barao believes that imposter syndrome, the feeling of not belonging, is often a product of being a first-generation student. “McCourt reinforces that you are valid and accepted,” she said. “I’ve never been this far from home, but I know that I belong and that I’m meant to be here.”