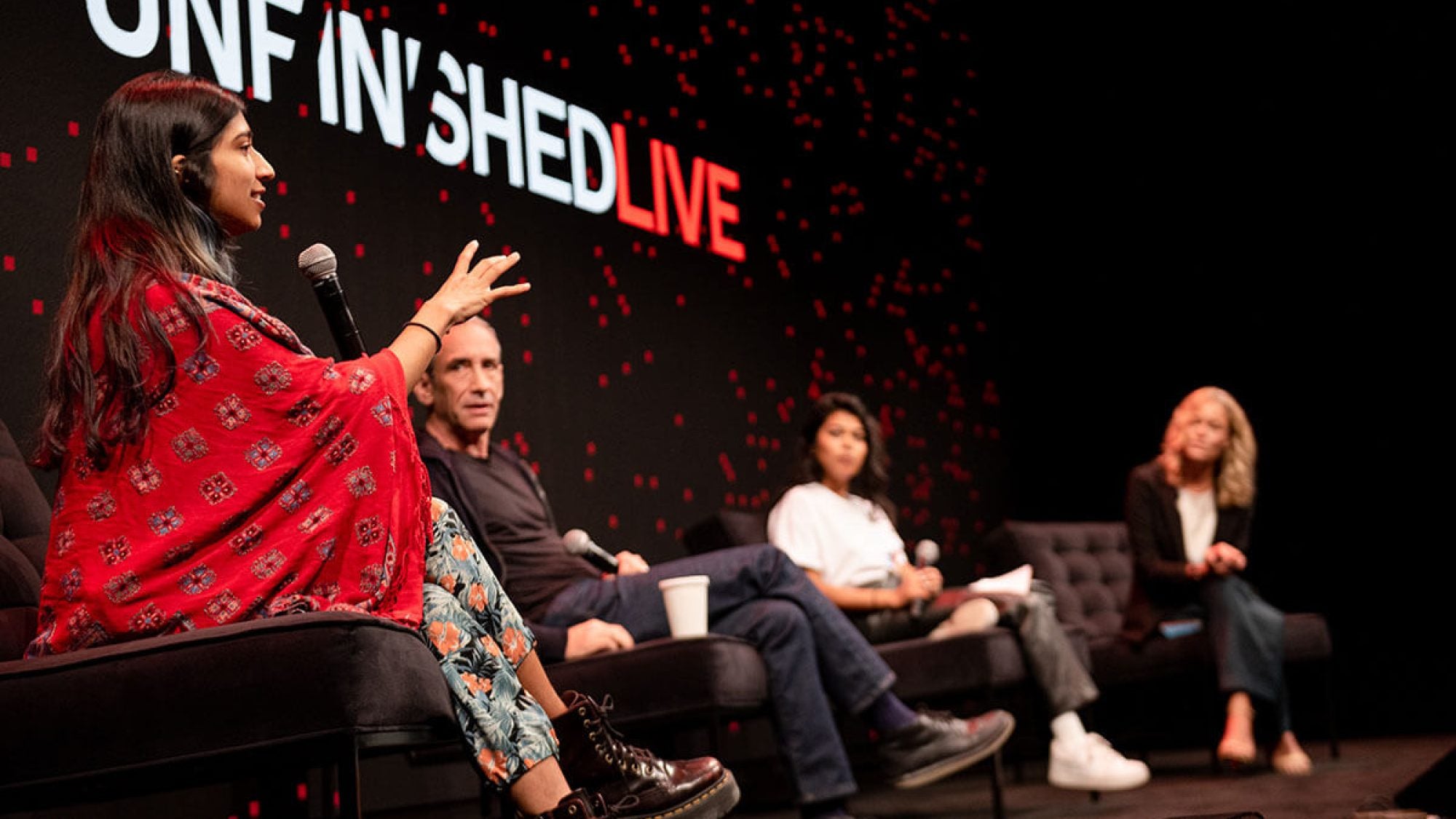 McCourt School students, faculty and staff had the opportunity to experience the future of technology at the 2022 Unfinished Live conference.

McCourt School students, faculty and staff joined the McCourt Institute, Project Liberty and several other partner organizations for Unfinished Live, an immersive four-day event at The Shed in New York City. The experiential conference, exploring the collision of technology, art, ideas and impact, is produced annually by Unfinished, the preeminent convener of engaged citizens invested in our digital future.

At the conference, McCourt community members engaged with researchers and developers from across the globe, and experienced firsthand the potential of Web3, a new iteration of the World Wide Web which incorporates concepts such as decentralization, blockchain technologies and token-based economics. The conference also hosted influential tech leaders and communicators, including Facebook whistleblower Frances Haugen, Nobel Peace Prize winner Maria Ressa and Georgetown University President Jack DeGioia.

Creating a healthier internet and society

McCourt School students kicked off the weekend at the Project Liberty Student Assembly, a transatlantic convening of emerging young leaders passionate about building a more equitable digital future. Thirty students were selected from more than 550 applicants interested in exchanging ideas around creating a healthier internet and society.

McCourt student Gustavo Murillo Velazquez (MPP’23) was among those chosen to represent Georgetown University. Reflecting on his experience at Unfinished Live, he said that “attending Unfinished Live as part of the Georgetown delegation was a transforming experience.”

“Listening to the stories and ideas of speakers from a wide variety of disciplines made me realize that, despite the benefits brought by the Internet, its full potential to make lives better has been limited by many factors,” said Velazquez.

“I am grateful for the opportunity to contribute to shaping a better internet that serves everyone fairly and ethically.”

Another McCourt student, Julie Antão (MS-DSPP’23), got a behind-the-scenes look at the conference production in her role as an events and project management intern at the McCourt Institute. “Staffing Unfinished Live was a huge privilege and one of the highlights of my time at McCourt,” said Antão.

“Not only did we engage in meaningful work surrounding the future of Web3 and digital governance, but I also got to meet incredible industry leaders like Frances Haugen and watch incredible scholars whose work I had read at McCourt speak, like Safiya Noble and Shoshanna Zuboff,” she said.

From renowned speakers to unforgettable art performances, Unfinished Live allowed attendees to get a glimpse into how an internet built for good could change the world.