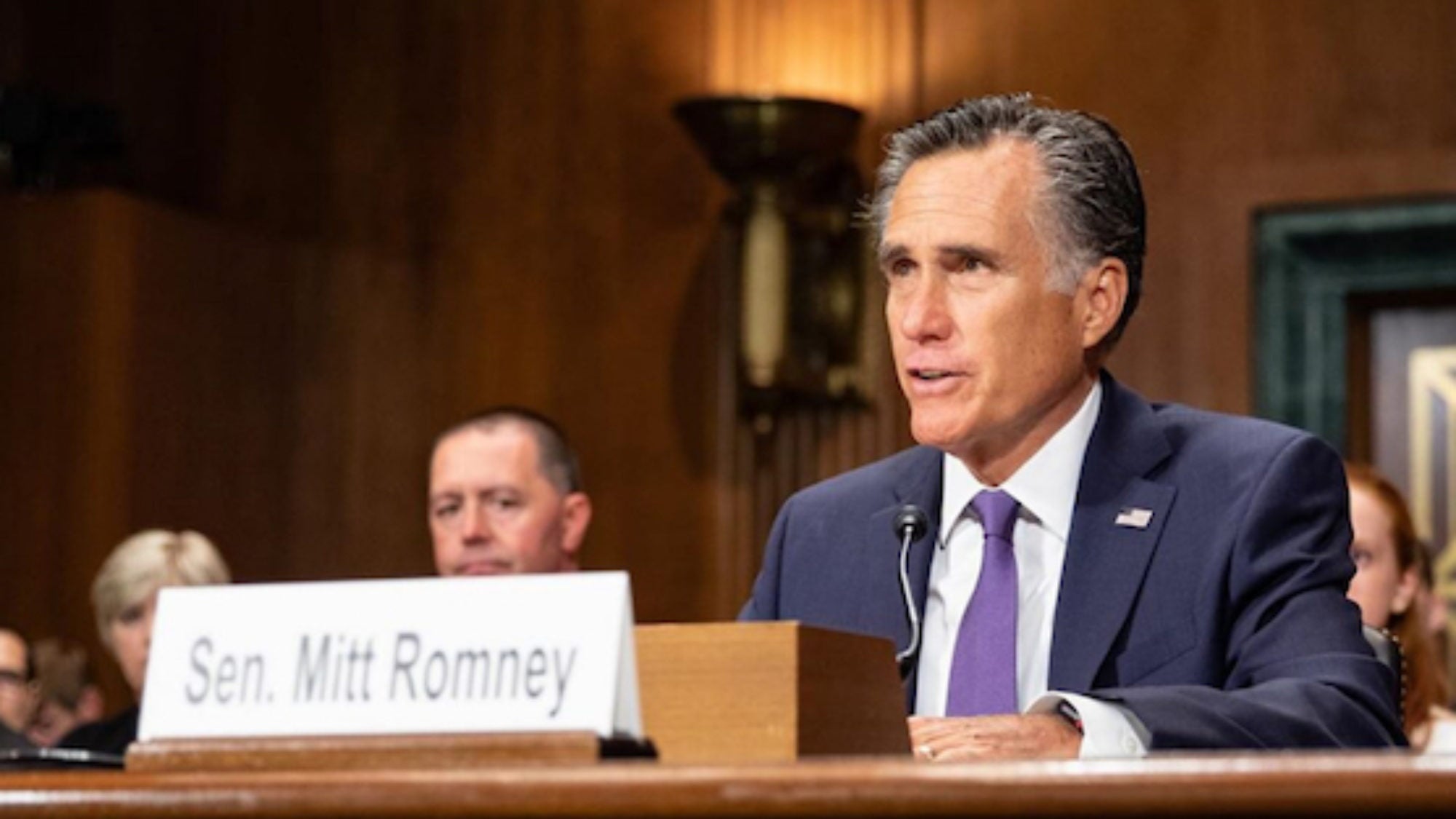 Title: Senator Mitt Romney on American Leadership During COVID-19 Crisis and Beyond

Drawing upon lessons from his long career as a private and public sector leader, US Senator Mitt Romney (R-UT) shared his perspective on how to navigate the pandemic and move the economy forward at a virtual event hosted by the Institute of Politics and Public Service at the McCourt School (GU Politics). Georgetown student Matt Pershe (MPP/MBA ’22) opened the conversation introducing Senator Romney and GU Politics Executive Director Mo Elleithee (SFS ‘94).

Romney said that governors have been doing a good job with response efforts, but the federal coordination has been “less than my personal style,” suggesting that a centralized coordination process would be his preferred approach.

“It doesn’t mean directing everybody with what they have to do,” said Romney, “but at least coordinating it and doing our very best to make sure that places that need help the most, immediately get that help.”

Romney describes the current United States response to COVID-19 in three phases. In the first phase, preparing for the virus, Romney says the US response was slow and not a great display of American leadership. “Clearly, we were not in a position of extraordinary strength,” said Romney. “We didn’t have the testing as fast as we could have or should have.”

Romney believes that the US has an opportunity to demonstrate leadership in the vaccine development and economic recovery efforts, the second phase. “We will certainly be looked to by the world to help get the economy going,” said Romney. In terms of developing treatments and a vaccine, he noted there is a lot of research underway in the United States.

In the period after COVID-19 recovery efforts, the final phase, Romney expressed that technology will be an important tool for recovery and sustaining global leadership citing America’s strength in the industry while also noting China’s increasing leadership. “I think the US and China will be the two nations that really stand out because technology will be seen as being more critical than we might have anticipated,” Romney explains.

American Leadership in the Global Response

Elleithee followed up by asking Romney for his perspective on the appropriate role of the US in the global response, acknowledging that Romney as well as others, have been critical of the World Health Organization (WHO).

Romney replied that it is in the United States’ best interest to be globally engaged in response efforts and not turn inward. He went on to add that while he does not think the WHO is “doing a great job,” it is one of the few global institutions designed to help countries in need and that the United States should be more involved. “We should try and get [the WHO] to become more effective, more efficient, and use our financial resources and our global clout to actually get these international institutions to do a better job,” said Romney.

Elleithee asked Romney to comment on his recent Washington Post op-ed that described the current moment as a “clarion call” for the international community to reset its approach with China. “I hope people understand, China intends to eclipse us as the leader of the world,” said Romney, noting that China will eventually have the largest GDP by nature of its large population.

The Utah senator explained that, economically, China uses methods, which would be considered illegal in the US because of antitrust laws, to “crush industries in the West” and become the dominant player in the world. Romney believes this is a wake up moment and that if countries only focus internally and on domestic policies, that “we will have missed an opportunity to create the leverage we need to get China to play by the rules and to become a competitor as opposed to becoming a predator.”

Overall, Senator Romney said he is bullish and confident about America’s future. He is encouraged by the people he sees day to day that demonstrate the “profound sense of humanity, goodness, and care for others” that he believes has always characterized America. His concluding advice to students and the audience: “Do your very best in the profession you have chosen and be a fundamentally good human being.”