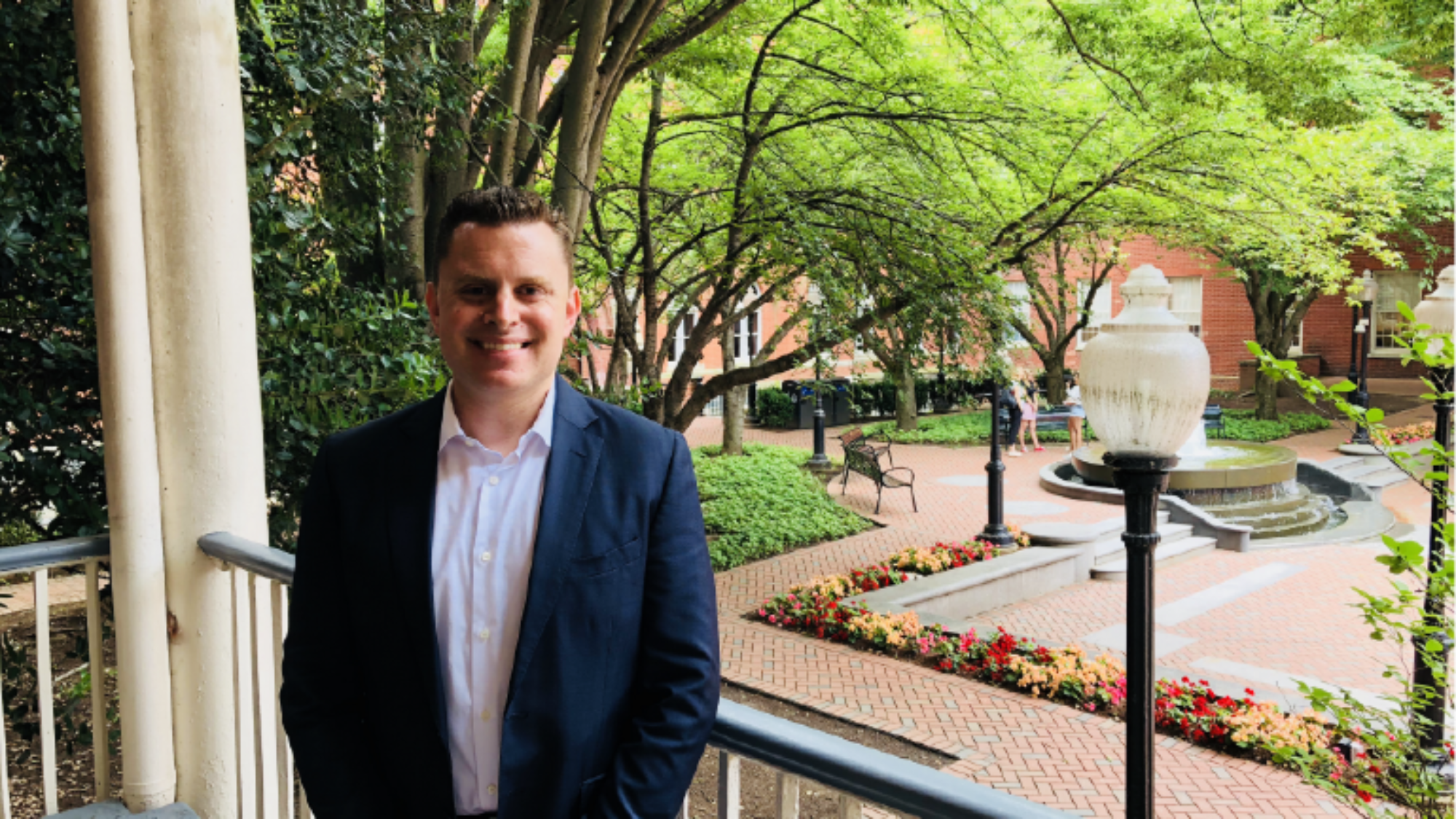 Sergeant Howard Singer (MPM’17), the communications advisor to the First Deputy Police Commissioner of the New York City Police Department, is leading a new initiative to establish and expand educational and leadership opportunities for all NYPD ranks and civilian titles.

Sergeant Howard Singer (MPM‘17) was recently recruited as a communications advisor to the First Deputy Police Commissioner of the New York City Police Department. In this position, Howard is the First Deputy Commissioner’s speechwriter and advises on policy issues for the second in command of the 56,000 strong NYPD workforce. Prior to his current role, Howard led a new initiative to establish and expand educational and leadership opportunities for all NYPD ranks and civilian titles. Not only was Sergeant Singer’s degree from the McCourt School of Public Policy a turning point in his career, it also helped him to facilitate a new scholarship with the McCourt School for the NYPD. The “NYPD Scholar” award is open to all employees of the Police Department.

A law enforcement professional with vast national experience in policy analysis, criminal procedures, research, communications advising, and program evaluation gained through service at three big metropolitan police agencies, Howard began his career as a police officer coming out of high school in the late 1990s. At that time college wasn’t Howard’s priority, but so much has changed.

As a 2017 graduate of the McCourt School, he’s become an advocate for police officers receiving the same level of rigorous intellectual training that he had experienced at Georgetown. Cops need to be good writers, and clear communicators, he says, citing a Public Leadership class taught by Professor Kathy Kretman as helping shape his own leadership philosophy.

“To be an effective leader, you need to be an effective communicator.” This, he explains, is critical, as officers on the street are required to take immediate command of situations they are called to – when communication can be the difference between life and death.

Howard had an unusual path for a cop, splitting his career between the Miami, Philadelphia and New York City departments, moving from Miami back to his native Philadelphia in 2001, and then to NYC in 2007. Each time he’d had to work his way up from square one again; putting in his six months at the academy, paying his dues as a patrolman, obtaining promotions, and recruited to work for several top police department officials.

As a patrol officer in Philadelphia, Howard noticed that police departments were beginning to require a college education. So he enrolled in nearby Drexel University. He’d often finish up his shifts, change out of his uniform, and head over to campus, just a neighborhood over from his downtown precinct. There, he began to understand the workings of the city, how laws and policies affect the interactions he was having on the streets.

But it wasn’t until he moved to New York City that Howard set his sights on a graduate degree. He’d learned about the Police Commissioner’s Graduate Scholarship, which offered a stipend and paid time off for officers seeking a degree in policy or government administration. So he applied and was accepted at Georgetown. He’d later discover that he was the first NYPD officer to attend Georgetown on a scholarship.

“I don’t think there is a better place in the world to study policy,” says Howard of the McCourt School. “It was phenomenal.”

At Georgetown, he studied alongside students with a variety of backgrounds, including military personnel, who, like him, had seen the impact of policy on a ground level. The connections to his work at the NYPD were clear to see: in one class he evaluated a report on the NYPD’s firearm training and discharge program, in another he interviewed former NYPD commissioner Bill Bratton & First Deputy Commissioner Ben Tucker. His understanding of policy, built on a foundation of nearly 20 years of police work, gained new depth.

Among Howard’s priorities: expanding educational opportunities and building new partnerships for continuing education with the McCourt School, as well as other institutions of higher education.

In many ways, Howard is a model of the NYPD’s future mission: a police officer who, having sharpened his communication, leadership, and writing abilities in higher education, is able to bring these skills back to the department and aims to help other officers do the same.