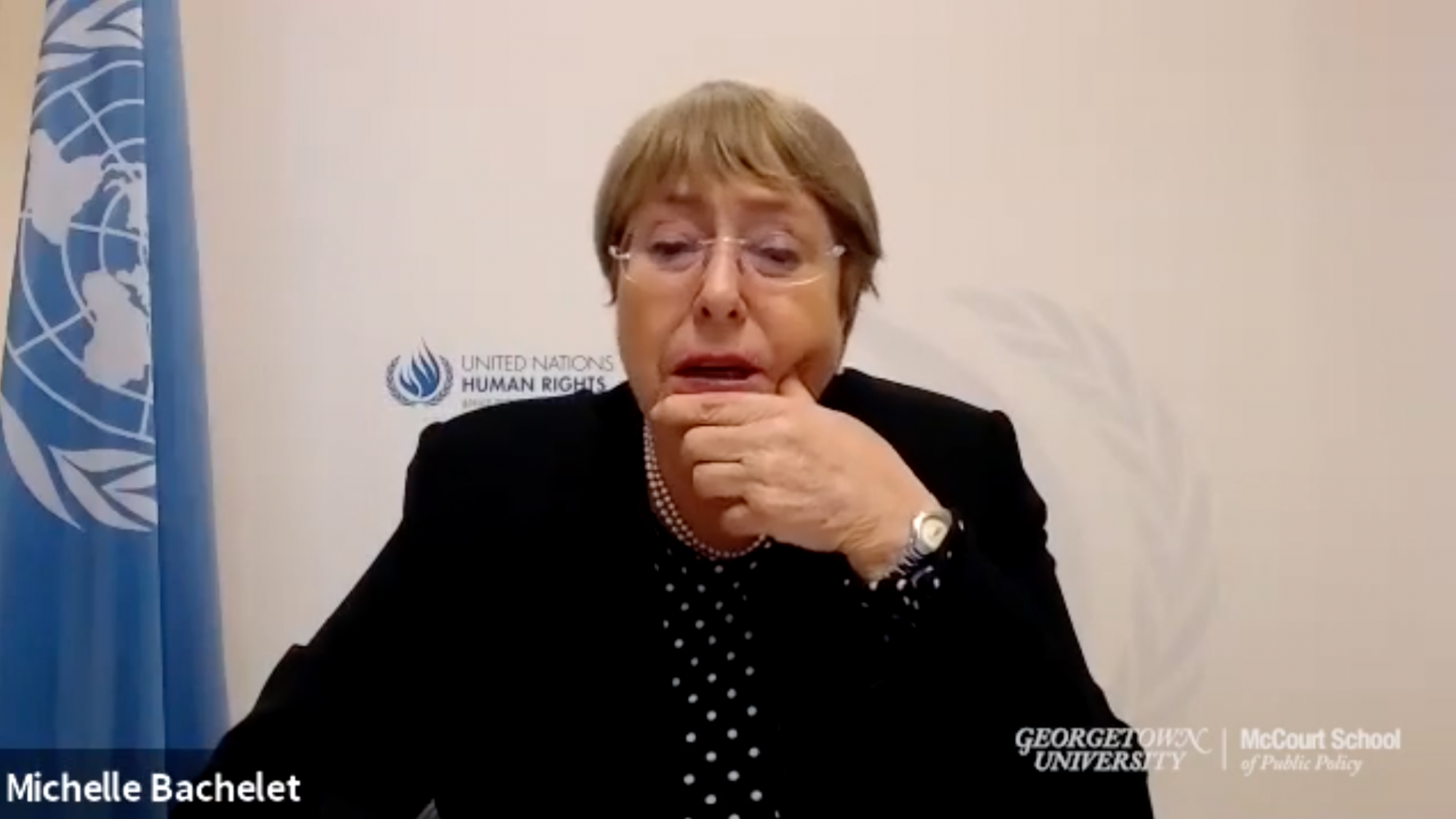 Earlier this month, students and leaders from Georgetown University spoke with Michelle Bachelet, the United Nations high commissioner for human rights and former president of Chile. In the conversation, High Commissioner Bachelet outlined steps for advancing gender equality and human rights during COVID-19 recovery efforts in Latin America and beyond.

Bachelet detailed the pandemic’s long-term impact on public health, education, and the global economy. “Latin America is one of the most affected regions in the world.”

“Even before the crisis, socio-economic determinants of health, such as inequality, discrimination, and poverty, were already major reasons why millions of people lacked access to good quality health care and services,” Bachelet explained. “While the virus poses a threat to everyone, people already in vulnerable situations have been suffering the worse from the pandemic –– both in its health and socio-economic impacts.”

In Latin America, industries that employ large numbers of women like tourism, commerce, restaurants, hotels, and domestic work, are struggling. Bachelet says this economic downturn could slow and even reverse the progress made in the fight for women’s equality.

In addition to the economic challenges that have heightened during the pandemic, Bachelet says there has been a surge in gender-based violence particularly in the Latin American region including femicide. In coordination with various Latin American countries, Bachelet’s office is working to implement information campaigns and advocating for shelters and organizations that offer services to domestic violence survivors to be categorized as essential businesses during the pandemic. 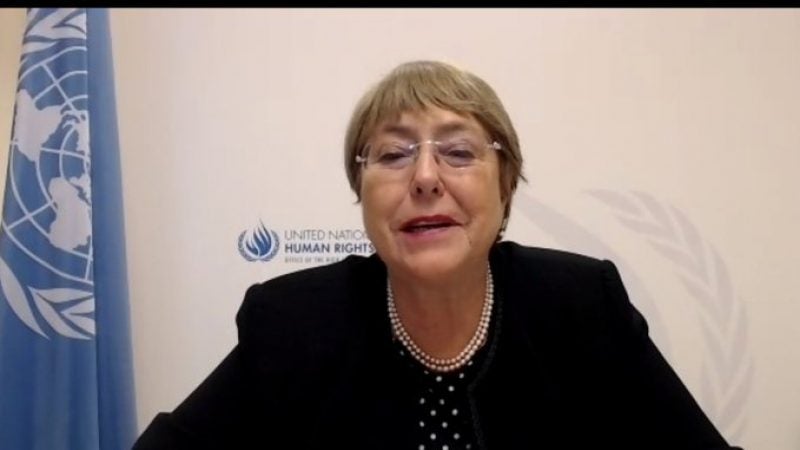 Bachelet described a lack of representation in many COVID-19 policy response efforts citing a survey of 30 countries which found that “an average of only 25% of the members of the COVID-19 task forces and committees were women. For policy responses to be transformative, Bachelet explained, “women need to be meaningfully involved in their design.”

Recovering from this crisis presents opportunities, Bachelet explained. “It presents us with an opportunity to address the pandemic of inequality.”

Bachelet says this is critical worldwide, but especially in the Americas. She hopes that countries are willing to work together in recovery efforts to develop a new social contract for a new era.

“Human rights are indeed the way out of this crisis, and into the world we want,” Bachelet said. “The challenges are very great, but I must say I am, as I always say, a strategic optimist.”