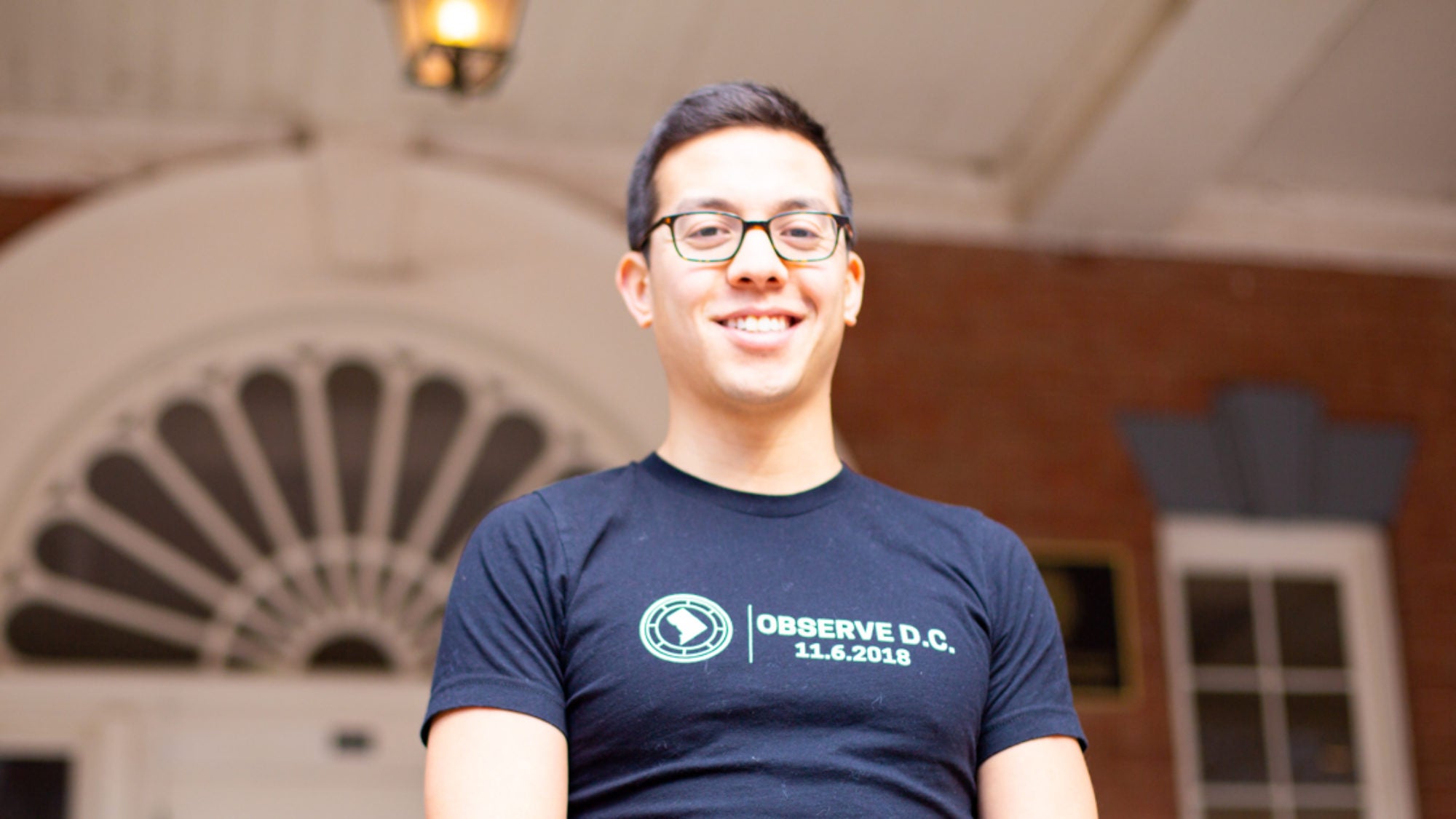 Anyone who voted in the District of Columbia last year might have seen one of the volunteers for a new project, Observe D.C. The first-ever sample-based election observation project in the United States, Observe D.C. was the brainchild of Ben Mindes (MPP’19), a recent McCourt graduate.

Starting with a random selection of 83 polling places in the District, some 130 volunteers spent the entire day either observing voting in the stations or manning telephones to receive observer reports throughout the day. The idea, says Mindes, was to provide a model for vote monitoring that could expand throughout the United States.

A Passion for Supporting Democracy

Voting transparency is a passion for this DC native, who spent five years at the nonprofit National Democratic Institute for International Affairs, where he worked on democracy-supporting programs in Southeast Asia. In Burma, Mindes observed voting in 2015 for the first elections in 60 years.

“That’s where I fell in love with that kind of program,” he says.

The project was given a boost with a $20,000 Baker Innovation Grant from Georgetown’s Baker Center for Leadership & Governance, now known as the Baker Trust for Transformational Learning.

The results from Observe D.C.’s effort – which monitored things such as access for those with disabilities, ballot secrecy and electronic ballot scanners – found that Election Day overall was well-administered. Mindes testified before the D.C. City Council about the results of the data, highlighting areas for improvement and comparisons across wards.

Mindes recently joined Washington, D.C. Mayor Muriel Bowser’s Office of Policy as an Associate Director, but would like to continue Observe D.C.’s work and potentially expand it outside of the city.

“I would love to find a way to sustain this kind of citizen oversight of elections in the District and share our experience with other jurisdictions,” he says.