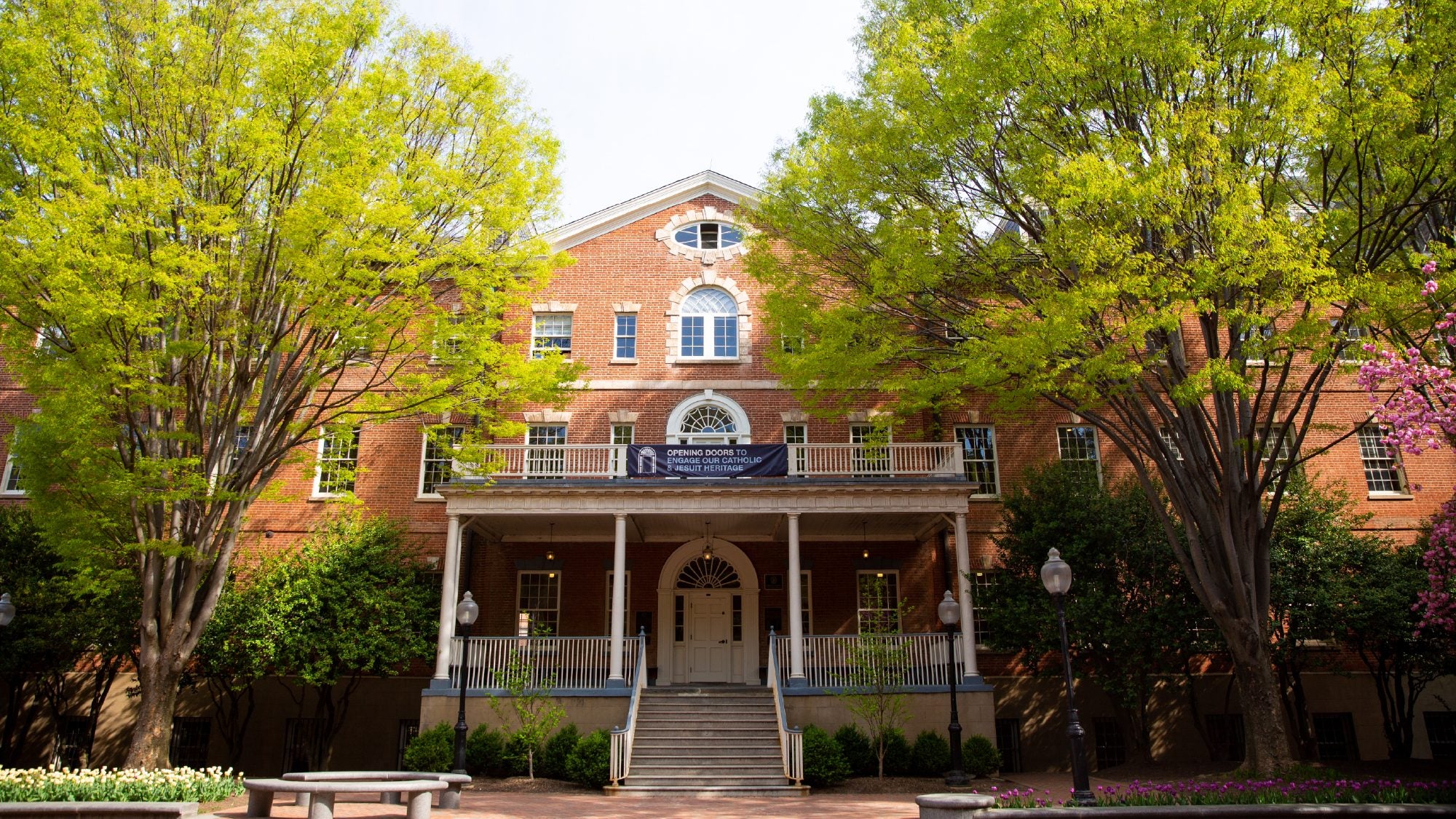 Title: Justice for the next generation: Find out what drives our 2022-2023 Whittington Scholar

The Whittington Scholarship is a prestigious award given to a McCourt student who excels academically and displays a strong commitment to serving their community. Founded in 2014, the scholarship celebrates the memory of then-GPPI Associate Dean and Professor Leslie Whittington who, along with her husband and two children, died on September 11, 2001.

“I feel a kinship with Leslie’s research interests and goals,” said Brooke LePage (MPP-E‘23), the 2022-2023 Whittington Scholar. “Her loss must have rippled through the community, and I am honored to carry the torch and further her work.”

The journey to becoming a scholar

LePage, a Massachusetts native, first joined the McCourt community as a policy analyst at FutureEd, an independent, education-focused think tank at the McCourt School, where she used her passion for gender justice to explore racial and gender disparities in school discipline. LePage also made recommendations for how Title IX should be administered, a topic she previously studied for her undergraduate honors thesis.

During her time at FutureEd, LePage helped hire, manage and mentor a number of McCourt students who worked for the research center part-time. “I was fortunate to learn from them and their unique experiences prior to and during their time at McCourt,” said LePage, who, just a couple of months into her job, enrolled in the Master of Public Policy as a part-time evening program student.

“I pretty quickly found McCourt to be a good fit for me and really identified with its commitment to rigorous policy analysis and emphasis on using the tools you learn in class to help other people,” she said.

As her passion for advancing gender equity grew, LePage sought out one of her “dream jobs” at the National Women’s Law Center (NWLC), where she could focus solely on gender-specific issues. One year later, LePage is currently a research fellow at NWLC, exploring a range of topics — from women’s limited access to affordable child care and reproductive health care to their labor force participation and income security during the pandemic.

The Whittington Scholarship has had an outsized impact on LePage, who took a financial risk by accepting the NWLC fellowship and losing her McCourt staff status. “The scholarship supported me when I took a leap and joined an organization that has always inspired me,” she said. “It made walking through that door so much easier.”

Creating impact on the Hilltop and beyond

Over the last two years, LePage has been actively involved in two student organizations on campus: the Women in Public Policy Initiative (WiPPI) and the McCourt Education Policy Initiative (MEPI). Through her leadership on the executive boards of both WiPPI and MEPI, LePage has helped facilitate a number of philanthropic initiatives and workshops for fellow McCourt students.

LePage has also sought to “blend” the two communities of changemakers by imparting on them the lessons she’s learned at McCourt, both as a staff member and as a student, and from her work at NWLC. “The McCourt community means so much to me and has enriched my life in so many ways,” she said. “It has been an honor to give back.”

Right now, LePage is focused on her graduate thesis and her work at NWLC, pursuing her passion for equity and dismantling harmful gender norms in both.

“I want to break down gender norms for myself and those around me, but most importantly, for the girls growing up today,” she said. “This is what drives me and the kind of work I plan to pursue as a future policymaker.”