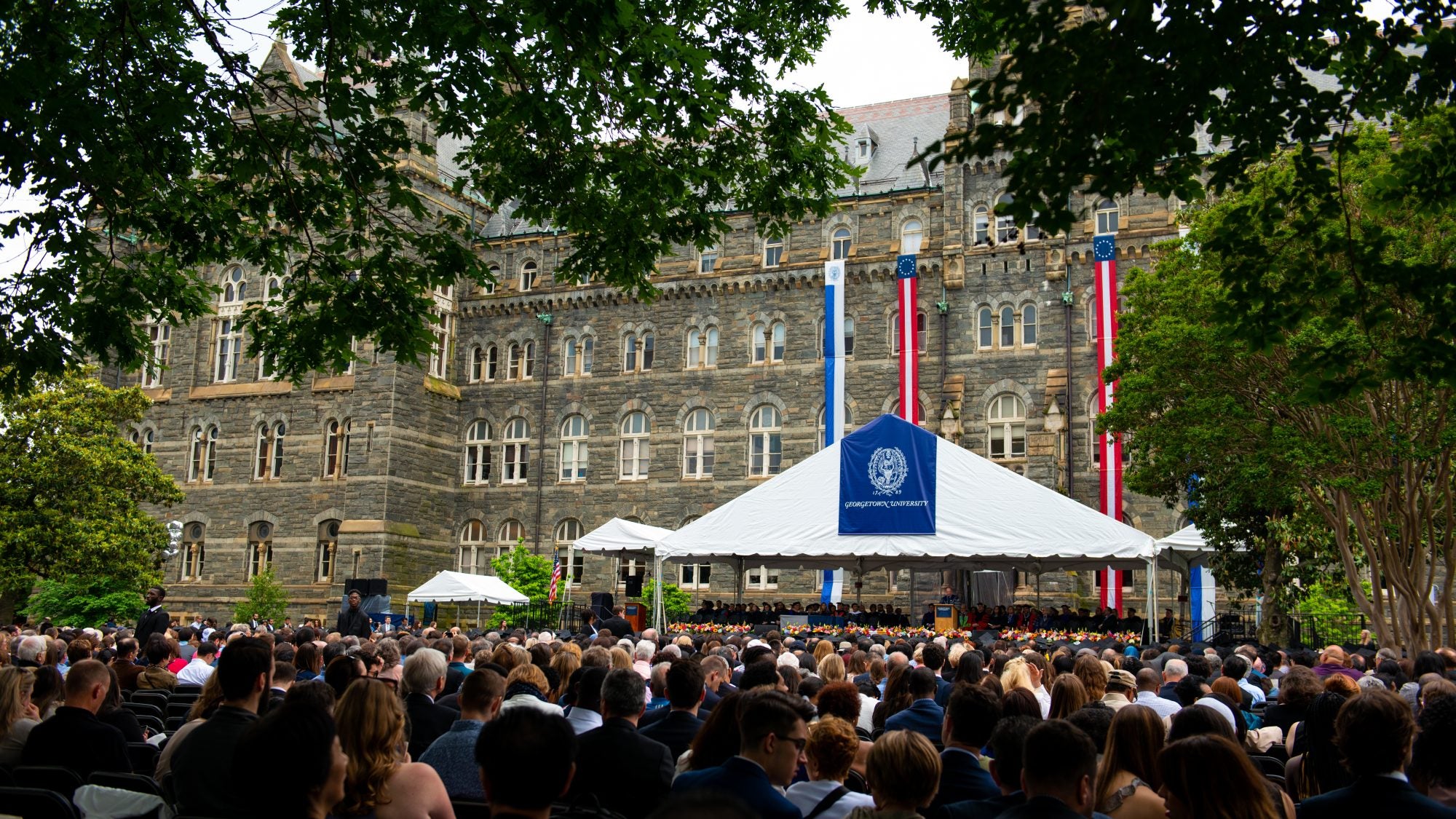 Cecilia Muñoz has spent more than 30 years championing immigrant and civil rights and was instrumental in establishing the DACA program as a senior advisor to former President Obama.

Cecilia Muñoz, former director of the U.S. Domestic Policy Council, will speak at the 2022 McCourt School Commencement Ceremony on Thursday, May 19, 2022.

Muñoz, an inaugural member of the McCourt School Advisory Board, is a national leader in public policy and public interest technology with more than 30 years of experience in the nonprofit sector and eight years of service on President Obama’s senior team.

“Few embody the Jesuit ideals of ‘women and men for others’ more than Cecilia Muñoz,” said Maria Cancian, dean of the McCourt School of Public Policy. “Her commitment to civic engagement and broadening the people and communities represented in government and civil society is a passion held in common with the graduates of the McCourt School.”

A decades-long career dedicated to policymaking and advocacy

Originally from the Midwest, a daughter of immigrants from Bolivia, Muñoz moved to Washington in the late 1980s to work on immigration policy. She spent 20 years at the National Council of La Raza (NCLR, now UNIDOS US), the nation’s largest Hispanic policy and advocacy organization. Within NCLR, Muñoz played a central role in expanding its reach beyond its traditional Mexican-American constituency to include all Latino immigrants.

As former President Obama’s key advisor on immigration issues, Muñoz engaged directly with those negatively affected by decades-old immigration policies. Her work led the Obama Administration to create the Deferred Action for Childhood Arrivals (DACA) program, allowing young immigrants without legal status the ability to work and study without fear of deportation. Some 800,000 “Dreamers” enjoy DACA protections today as a direct result of her efforts.

Muñoz’s passion for immigration and civil rights has led her to international recognition as a policy expert, advocate, leader and award-winning author. In her book “More Than Ready: Be Strong and Be You…and Other Lessons for Women of Color on the Rise,” Muñoz shares insights from her life and career as the first Latino to lead the White House Domestic Policy Council and serve as Director of Intergovernmental Affairs.