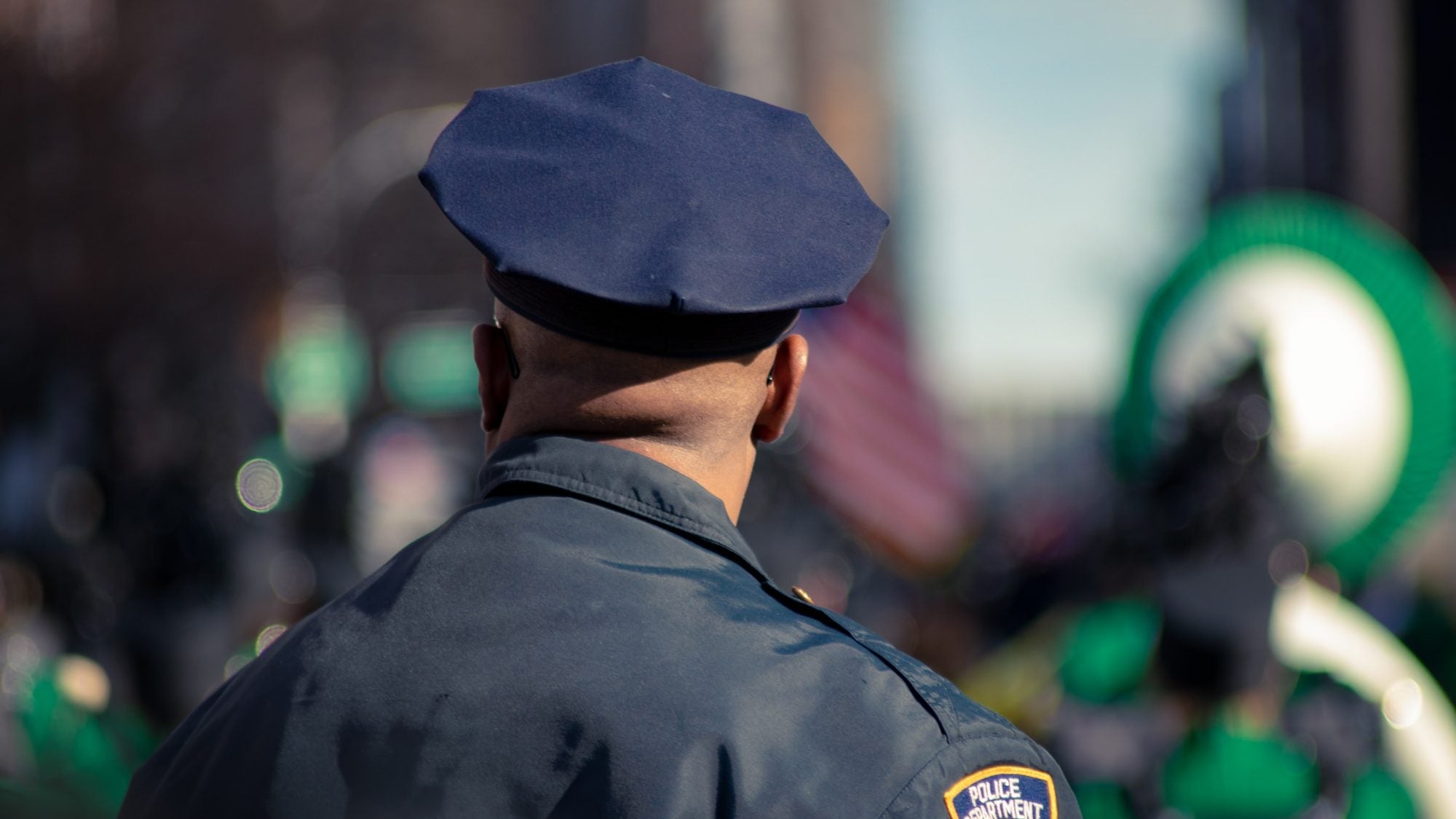 Title: Racial identity in policing is more complicated than we think

McCourt School Assistant Professor Andrea Headley examines the role of identity and what it means to be a Black police officer given the contentious relations between the police and Black communities.

Race has been a central discussion point in the debate around police reform in America, largely due to the historical connections with slavery and the contemporary racial disparities that exist in policing outcomes (police legitimacy, stops, arrests, use of force). The recent Black Lives Matters protests that centered on police brutality against Black and Brown individuals, although arguably some of the largest protests in U.S. history, were not divorced from the sentiments expressed during protests in the past (e.g., the 1992 Los Angeles riots over the police beating of Rodney King). Similarly, calls for police reform also have historical roots (e.g., the 1968 National Advisory Commission on Civil Disorder aka the Kerner Commission).

One commonly promoted reform has been to hire more police officers of color, particularly in localities that have high proportions of Black and Brown residents. According to 2016 estimates, about 24 percent of sworn police officers identified as Black or Hispanic/Latino, whereas in 1997 this percent was 19 percent, a slight increase. However, by and large, police officers of color are still underrepresented in policing.

Race and policing in America

In the debate regarding whether hiring more officers of color is an appropriate reform in policing, one often overlooked part of the conversation surrounds the role of identity in shaping mindset and behavior. Understanding identity and how our different identities are shaped and reshaped by the contexts we find ourselves in is central to this discussion.

Our identity is often rooted in who we are and can be derived from sociodemographic categorizations (race, ethnicity, gender, political affiliation etc.) as well as professional affiliations (such as someone’s work identity). Individuals hold multiple identities that often intersect in nuanced ways and any singular identity’s visibility or importance may vary. For instance, race is often, but not always, highly visible, and relevant depending on the context or situation, yet individuals may still choose to accept or reject certain aspects of their identity. This is even more complicated when thinking about individuals who hold seemingly conflicting identities – e.g., what does it mean to be a Black police officer given the contentious relations between the police and Black communities?

While representation is important for many of reasons, the research on whether having more officers of color leads to improved outcomes for communities of color is mixed – meaning sometimes it “matters” and other times it does not. For instance, Black representation in policing may be associated with improved perceptions by Black individuals. Further, having officers of color in a department may be associated with enhanced community-oriented approaches to policing as well as decreases in police-involved killings, police stops, arrests and use of force, especially for Black residents. However, other studies show the opposite, namely that Black residents may voice higher levels of dissatisfaction regarding Black officers’ behavior, that officers of color also generate more citizen complaints and officers of color may be harsher on people of color when conducting vehicle stops and making arrests.

The question remains, why does racial diversity and representation in policing matter only sometimes for the outcomes we care about? To add to our understanding, we must investigate the dynamics that happen at the intersection of personal, non-work identity (e.g., race, origin) and professional, work identity (e.g., police officer).

While diversity and representation are still important within policing, we need to think more comprehensively about how professional identity intersects with personal identity and recognize the many individuals, organizational, structural, social, and cultural factors that shape perceptions and behaviors.

Police officers, in general, are often keenly aware that their professional identity poses an immediate barrier when engaging with communities who have been marginalized and negatively impacted by the criminal justice system. Thus, personal, non-work identity affiliations can be a potential source of connection. Police officers who do not share similar personal identities with the communities they are responsible for serving (e.g., a white officer in a Black community) may need to work harder to understand, learn and, ultimately, overcome cultural barriers. However, when there is shared personal identity between police officers and the residents they serve, this can lead to shared understanding, enhanced relatability and reduced social distance, all of which may (but does not always) materialize into behavioral changes on either the part of the police officer or resident. That said, officers of color may also be faced with identity conflicts, which is “when individuals feel they must give precedence to one set of meanings, values, and behaviors over another in order to satisfy particular identity-based expectations, and therefore cannot express or validate the other identities.”

In general, officers are expected to engage in fair and unbiased treatment, albeit whether they do in practice is debatable. Hiring officers of color is often touted as a remedy for promoting fair treatment by reducing potential racial bias or discrimination. However, this places an additional burden on officers of color to navigate the informal expectations that come with the professional identity of being a “police officer” while maintaining their personal cultural identity to connect with the community. Officers of color may feel explicit or implicit pressure to adhere to their professional identity (from colleagues or the larger organizational culture), suppress their personal identity, avoid the appearance of favoritism or bias, and may even downplay the importance of their racial identity as a point of connection.

Apart from this, variation exists across officers regarding their level of identification with any singular identity affiliation. Two black officers may feel different levels of identification with their racial identity depending on their upbringing or intersections with other identities (e.g., socioeconomic status, gender). These officers may also choose to “represent” the Black community in distinct ways depending on their views of crime and its source (e.g., whether crime is a function of individual choices, family dynamics, structural or cultural factors etc.). That said, even with the potential benefits and consequences of shared personal identity in policing (e.g., racial similarity), an officer’s treatment toward the community is important and their behavior is not solely derived from any singular shared identity. As such, while diversity and representation are still important within policing, we need to think more comprehensively about how professional identity intersects with personal identity and recognize the many individuals, organizational, structural, social, and cultural factors that shape perceptions and behaviors.

This article, originally published by the LSE Phelan US Centre, is based on the paper “Representing Personal and Professional Identities in Policing: Sources of Strength and Conflict” in Public Administration Review