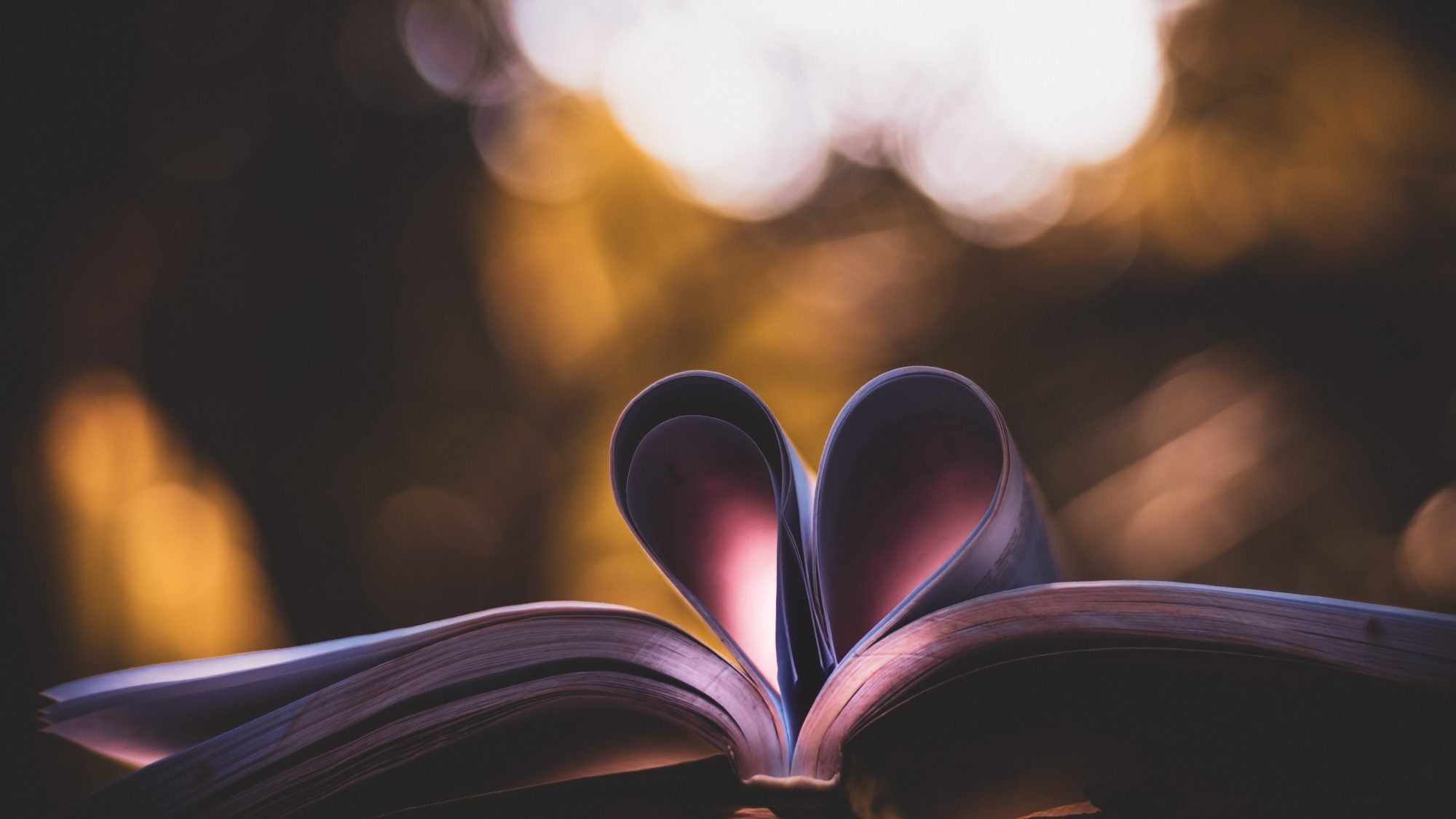 Title: Love on the Hilltop

Former graduate students share how their love began at the McCourt School.

In celebration of love this Valentine’s Day, the McCourt School is pleased to share the stories of four alumni couples whose relationships began as friends and blossomed into lifelong partners. 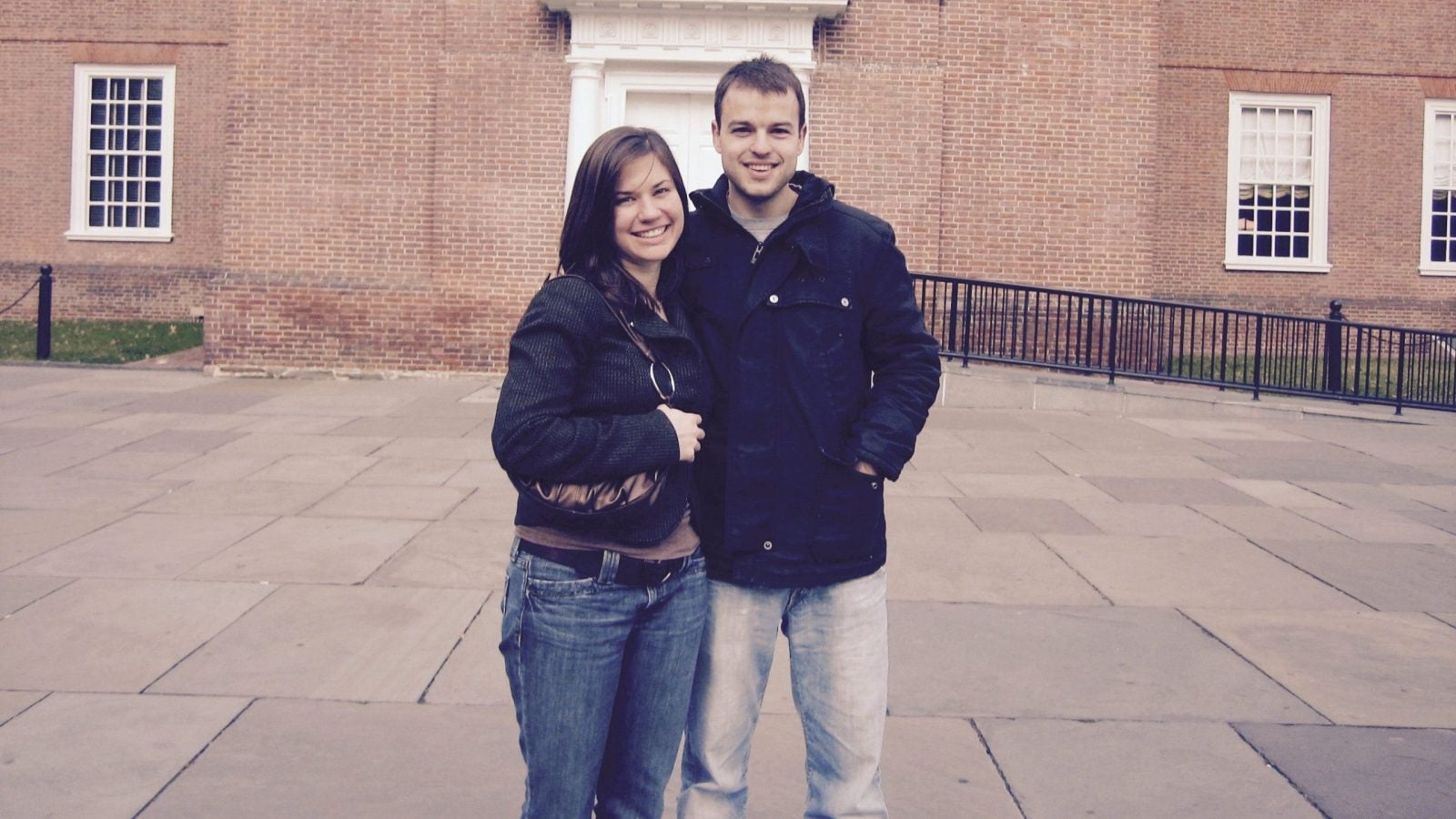 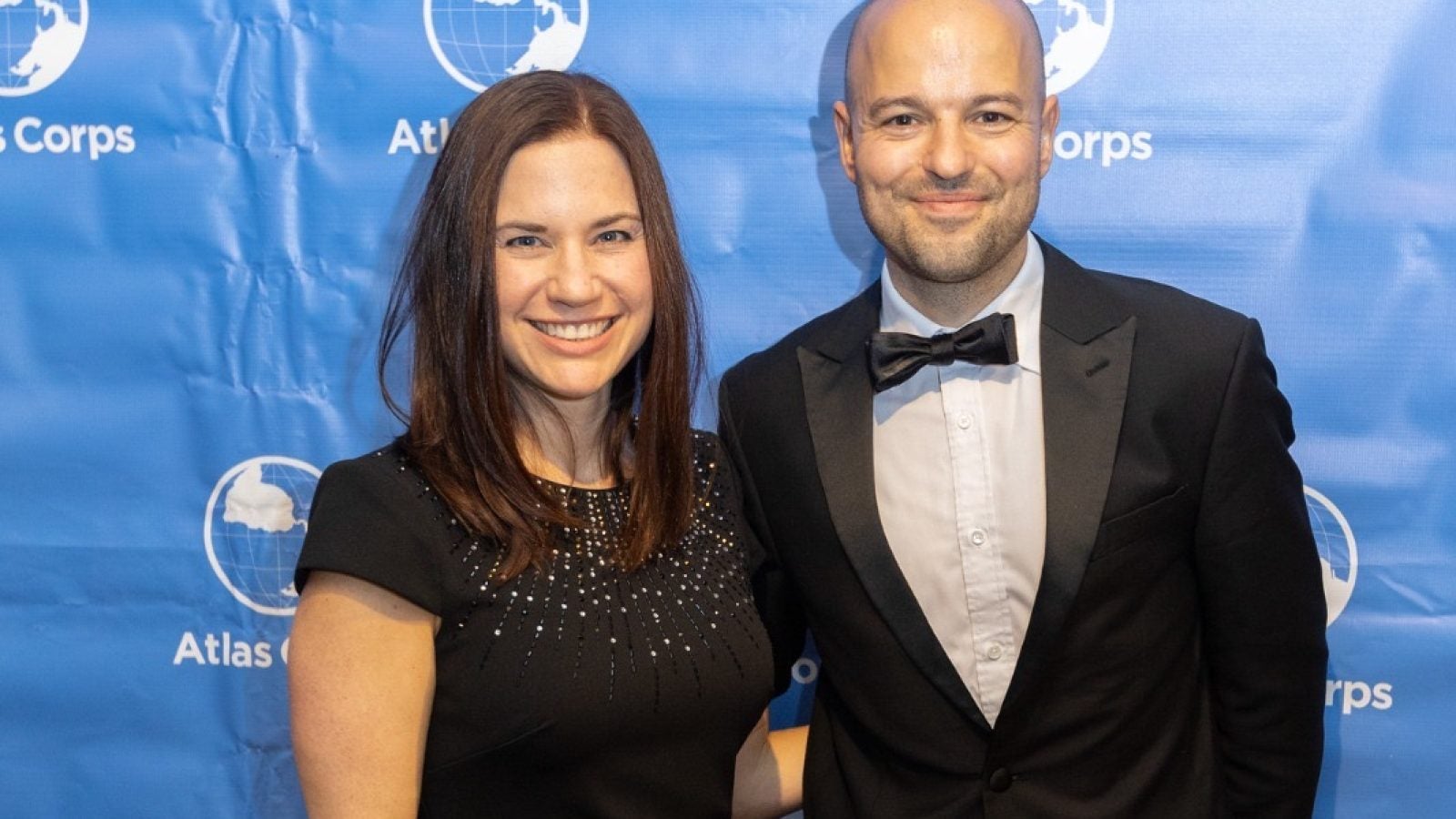 Bidjan, an exchange student from the Hertie School of Governance in Berlin, met Joanna during McCourt School orientation in 2006. If you ask Bidjan about their first encounter, he would say Joanna ignored him, though she disagrees. To capture her attention, he shared German poet Rainer Maria Rilke’s “Herbsttag” (“Autumn Day”) and Joanna, who speaks German and loves poetry, was quickly won over. She responded with Robert Frost’s “Birches,” and they began exchanging poems back and forth.

Bidjan and Joanna had their first date at J. Paul’s in Georgetown and discovered they had much more in common than their academic interests. They connected over their shared love of soccer and the hit television series “The Wire.”

After earning their graduate degrees, they dated long distance for a year and half before Bidjan joined Joanna in DC, where she worked on labor policy issues for the Office of Management and Budget and he worked for the World Bank, specializing in international development. A few years later, they got married near Joanna’s hometown of Doylestown, Pennsylvania.

The happily married couple now has a daughter and recently returned to DC after living in Berlin and London for the last eight years. Bidjan is the CEO of Atlas Corps, and Joanna is the Chief Federal Policy and Data Officer for America Achieves.

Bidjan and Joanna expect to be in DC in 2027, having just celebrated their 20th anniversary of meeting at the McCourt School, “but who knows where the next five years could take us,” said Joanna. 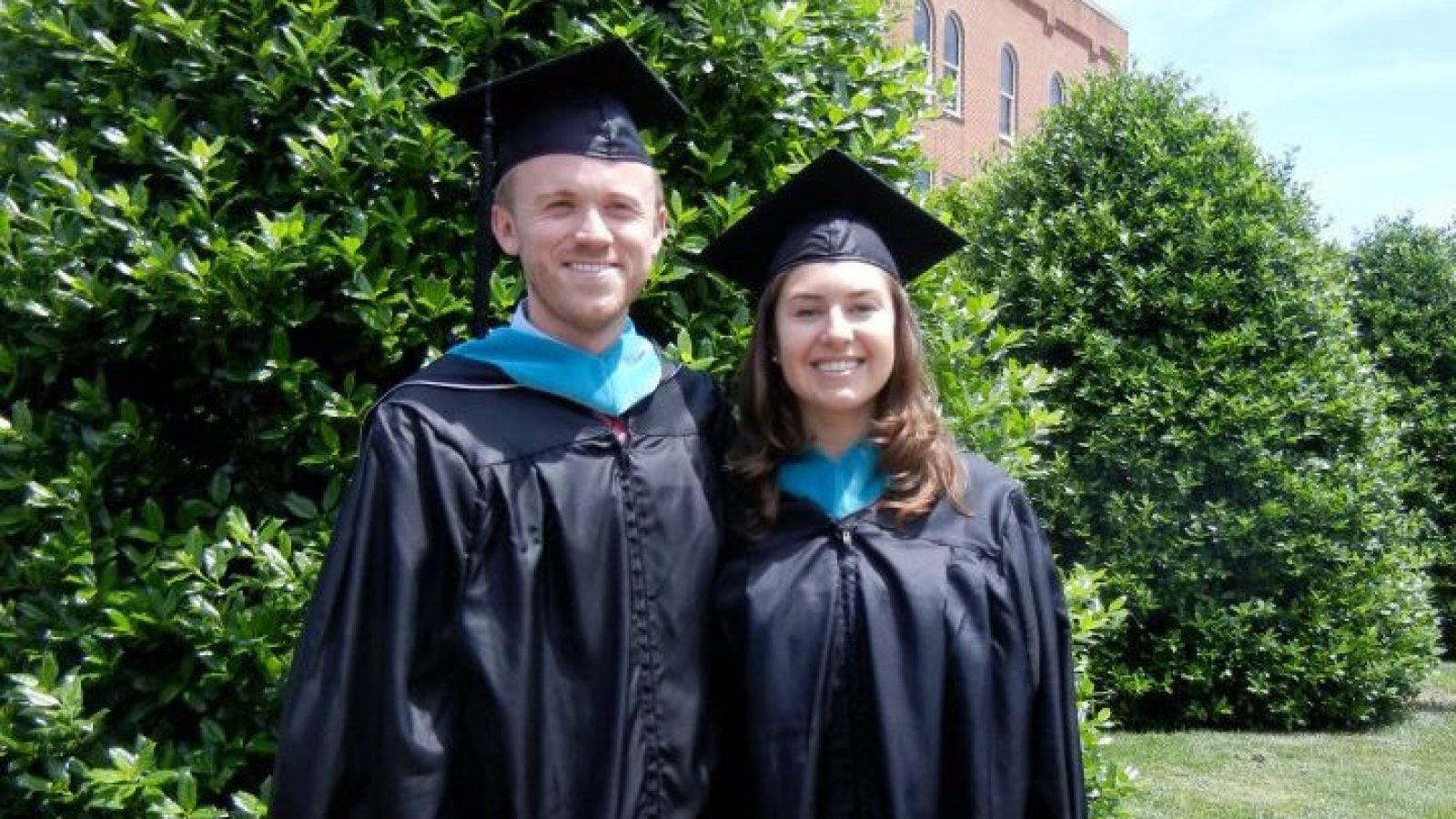 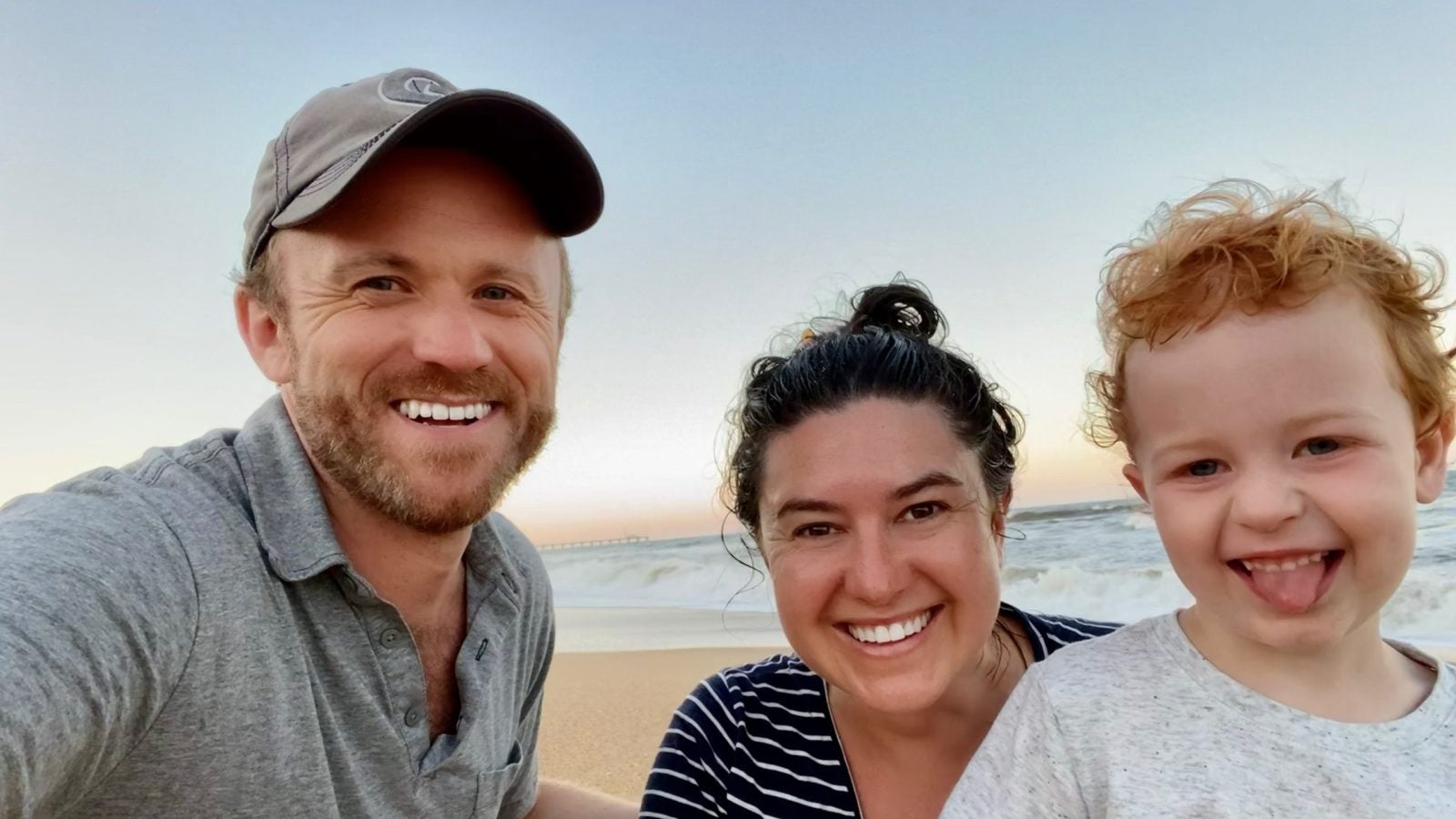 Andrew and Sarah met in Old North during McCourt School orientation, but had their first meaningful interaction at the 2010 Holiday Party. Sarah asked Andrew if he was interested in running the 2011 Marine Corps Marathon with her. Andrew said yes, though his interest wasn’t in the race (and unfortunately, he ended up breaking his foot at mile 17 but still managed to finish!).

Throughout their preparation for the race, Andrew and Sarah realized they had more in common than running and a fear of quant classes. They got engaged  by the Tidal Basin a few months after the marathon and married in 2013.

After Andrew completed his Ph.D. at Michigan State University in 2020, the couple moved back to the DC area, where Sarah is an education researcher at SRI Education, mostly working on early childhood projects, and he is a program manager at USAID.

Last summer, Andrew and Sarah bought a house in Silver Spring, MD, where they currently reside with their son Jack. After several moves in the past few years, Sarah says they are “never ever moving again,” though they do hope to travel more in the years ahead. The family of three spent time in Rwanda while Andrew was collecting data for his Ph.D. research, and he and Sarah plan to give Jack more international adventures while he is still young.

Looking back on their time on the Hilltop, Andrew and Sarah found the relationships they made to be one of the biggest benefits of their graduate school experience, and encourage current McCourters to be social and go to as many events as they can. To this day, many of their closest friends are from McCourt. 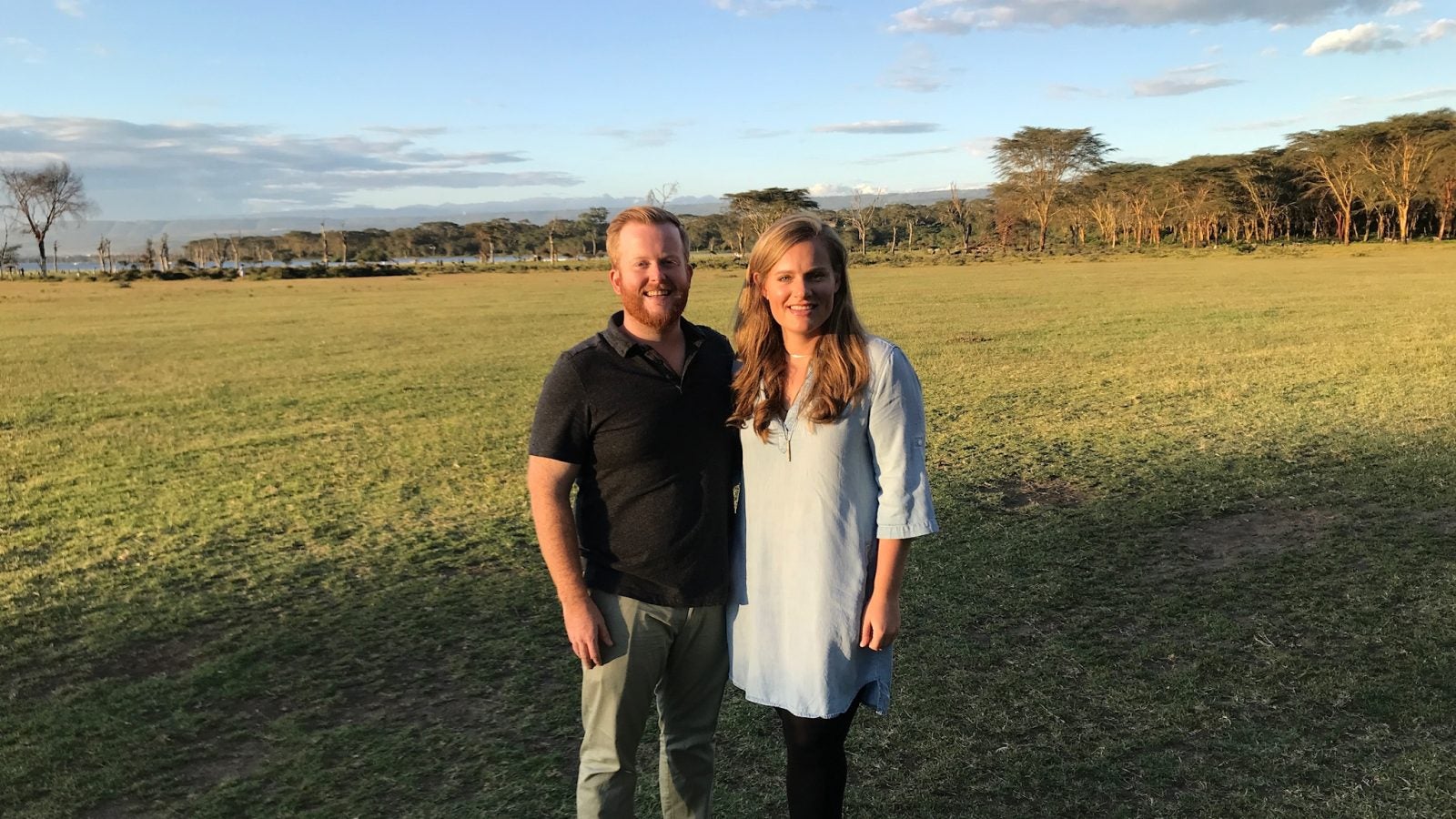 Andrew and Kaitlyn met after an evening class at the Tombs, a Georgetown institution. They were introduced by a fellow McCourter and became friends during their first year on the Hilltop. Andrew made his move by secretly leaving Blow Pops (Kaitlyn’s favorite) in her McCourt mailbox in Old North, and from there, their mutual affection grew.

Shortly after graduation, Kaitlyn moved to Kenya to pursue her career. One year later, Andrew followed to pursue Kaitlyn. They fell in love and spent three years there before returning to Washington, DC, where they currently reside.

Andrew proposed in 2021 on the steps of the Lincoln Memorial — a common hangout spot for the couple during graduate school — and he and Kaitlyn married on January 29, 2022. The newlyweds plan to continue traveling together and advancing in their careers in international development over the next five years.

When asked to share advice on love to current McCourters, the Kitchels simply said, “Don’t look for love. Enjoy yourself. Learn a lot. Have fun. Study hard — and things will fall into place.”

Ben and Megan met in Old North during McCourt School orientation, both recovering from “Math Camp.” They were fast friends and ended up in many of the same classes (initially by chance, later by design). While getting to know each other, Ben and Megan discovered shared passions for trivia, equally-sad sports teams (Minnesota and DC) and similar professional backgrounds in international development. They were also in the same cohort of Baker Innovation Fellows, tackling issues affecting refugee, LGBTQ+, low-income and incarcerated communities.

Ben and Megan began dating in the spring of 2018 and proceeded to take full advantage of all that McCourt had to offer, including a class in Ecuador, the NASPAA-Batten Student Simulation Competition and graduate teaching assistantships for the same class (many thanks to Assistant Professor Jennifer Tobin). They still reside in DC, where they hope to put down roots and give their dog, Ruby, the yard she deserves. Ben works for the local government and Megan is a federal consultant at Deloitte.

In August 2021, Ben proposed to Megan on the top of a mountain in Portugal. The couple looks forward to getting married in the coming year.

“Find your best friends first. If you’re lucky, one of those friendships may grow into something really special.” 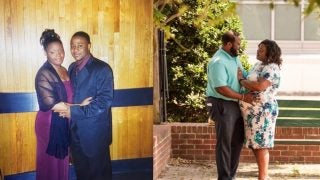 Hoyas Who Found Love on the Hilltop