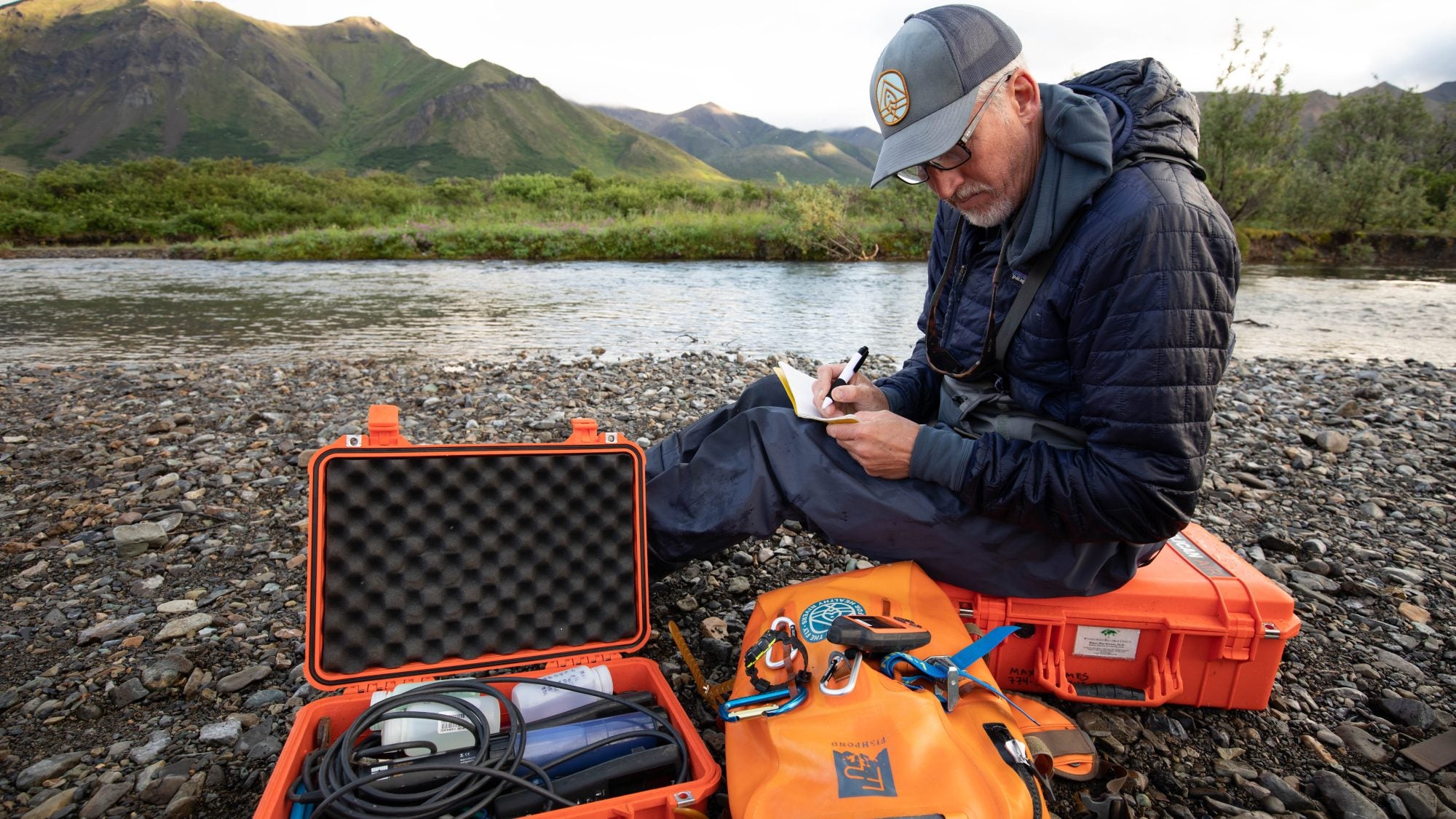 Dr. Max Holmes, an environmental scientist and Center for Public & Nonprofit Leadership alum, weighs in on the severity of climate change, the need for policy solutions and why he remains hopeful.

A note from Dr. Kathy Kretman, director of the Center for Public & Nonprofit Leadership and member of the Woodwell Climate Research Center’s President’s Council

In 2014, Dr. Max Holmes, then senior scientist at Woodwell Climate Research Center (Woodwell), attended the Nonprofit Management Executive Certificate program at the McCourt School’s Center for Public & Nonprofit Leadership (CPNL). I was excited that a scientist was interested in learning about nonprofit management. Since then, the need for climate change science and policy action has become more urgent, and Woodwell, a leading source of climate science, has grown significantly.

Most recently, they received $41 million for a six-year program, Permafrost Pathways, funded through the TED Audacious Project. Today, Dr. Holmes serves as the acting president and executive director at Woodwell, while Dr. Phil Duffy, Woodwell’s president, is on leave from the Center, serving as the climate adviser in the Office of Science and Technology Policy at the White House.

A conversation with Dr. Max Holmes

Kathy: Can you tell us a bit more about Woodwell’s new project, what it is and the significance?

Max: The $41 million, six-year Permafrost Pathways Project is part of the TED Audacious Project, and as the name Audacious suggests, these are big, bold, ambitious projects that are hugely competitive. This is, by far, the biggest award we have received in the history of the Woodwell Climate Research Center. Permafrost is perennially frozen ground in the Arctic, and it’s important from the climate change perspective because it contains vast amounts of ancient carbon locked up in the frozen ground. As the Earth warms, the Arctic warms even more. Some of that carbon in permafrost is released and goes back to the atmosphere as greenhouse gasses that cause more warming, more permafrost thaw, etc. We are trying to get a handle on the science of that by figuring out where and how quickly the permafrost is thawing and how fast its carbon will be released, and then connect that with policy.

We have really important partners in the project, one being the Arctic Initiative at Harvard Kennedy School’s Belfer Center. We are working with them to connect the science to international policy and pull the levers to get the right strategies enacted. The goal is to ensure global climate policymakers are thinking about the carbon release from permafrost as they set their targets. We’re also working with the Alaska Institute for Justice. It’s an organization that focuses on human rights issues facing Native Alaskans… It’s a super-ambitious six-year project that requires hiring lots of scientists, communications people, and administrative people to help manage this project. So, yes, very exciting days ahead for Woodwell Climate Research Center.

Kathy: As a scientist, tell us the unvarnished truth: How bad is the situation? Is recent momentum enough to meet the challenge?

Max: It’s a dire situation. We are already seeing the impacts of climate change affecting millions of people worldwide, and it’s only going to worsen as long as we’re adding carbon to the atmosphere. What keeps me going is imagining the best-case scenario for my future and my children’s future. We’re still going to face more challenges than we’re facing right now. But, it’s a world that I can imagine living in. And what we’ve done so far is not nearly enough…

I sometimes distinguish between being optimistic and being hopeful. I can’t say right now that I’m optimistic because we haven’t done it so far. Am I hopeful? Yes, I am most definitely hopeful. We know what the solutions are. We know it needs to be done. We just have to do it. The longer we put it off, the harder it gets to solve. You’ve often heard we have ten years to solve this thing and we’ve listened to that for the last 30 years. But there’s never a point where it’s too late to act because there’s always going to be a big gap between the best-case and worst-case scenario.

Kathy: How should individuals be thinking about climate change? What should we be doing about it?

Max: Vote, and I say that in a nonpartisan way. It’s incredibly unfortunate that action on climate change has become a partisan issue. It needs to be a political issue. We need policy. We need politicians. There can be different views on what action should be taken to solve the climate problem. Different political parties might legitimately have different approaches. That’s fine. That’s the conversation we should be having. Climate change is real; it’s not a hoax. We need political solutions to it. So, vote. And I don’t care if you’re an ultra-liberal Democrat or ultra-conservative Republican. I would hope you would go to your preferred political candidates and say, what’s your plan for climate change? And I hope we get to that point soon because we’re not there right now.