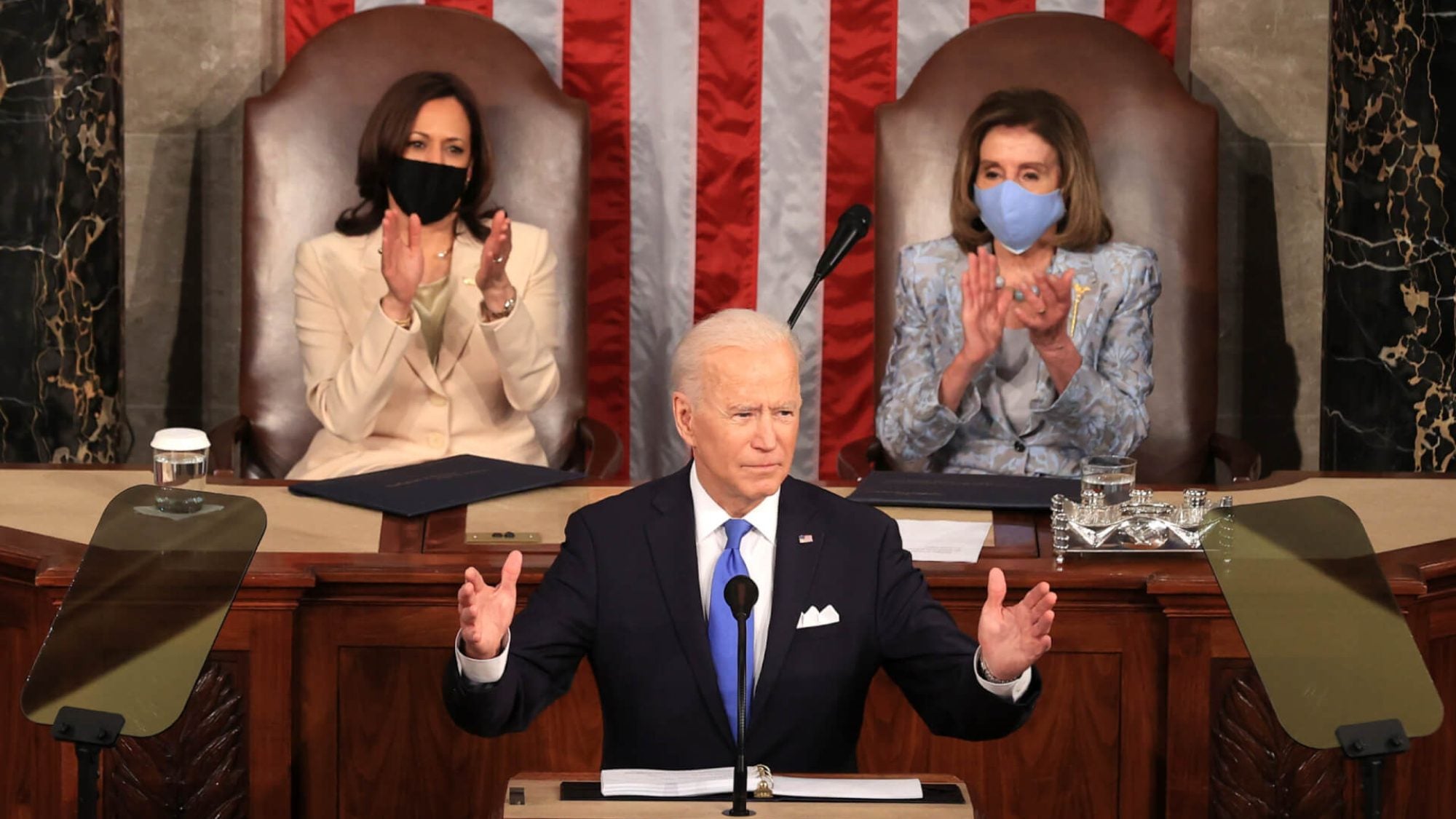 Title: Inside the State of the Union Address

GU Politics Fellow Ashley Etienne breaks down the House Speaker’s role in the SOTU Address and how policy gets translated into the speech writing process.

The annual State of the Union (SOTU) Address is considered to be the commander-in-chief’s largest captivated television audience of the year, typically tens of millions of viewers. Behind the scenes, a large team of congressional staffers and senior leadership spend weeks planning the highly orchestrated event.

GU Politics Fellow Ashley Etienne, former communications director for Speaker Pelosi and a veteran of the Obama and Biden Administrations, pulls back the curtain on the House Speaker’s key role in preparing for the SOTU — from the speech writing process to the messaging rollout and all of the fine-tuned details in between.

The speech writing formula for success

The typical formula for a SOTU Address involves highlighting accomplishments, focusing on big policy priorities and outlining plans for the next year (if not longer). There are also two audiences to keep in mind: one audience in person and one at home. “Typically, the president speaks to both, championing their party’s accomplishments to those in the House Chamber while also appealing to the American people by speaking directly to their needs,” said Etienne.

This year, it is likely that Biden will speak to a specific set of issues being covered in the news, especially in the foreign policy space — from the Ukraine-Russia border crisis and competition with China to the ongoing pandemic. Many will also be watching to hear how Biden positions the House and Senate in advance of the 2022 midterm elections.

“This means setting a realistic agenda that can pass in both chambers and excite voters to turnout in November,” said Etienne. “As Speaker Pelosi likes to say, it’s about ‘building a crescendo.’”

In years past, the House Speaker’s team has had the opportunity to meet with speech writers to help shape the way in which policy priorities are framed. In one such meeting leading into the 2014 midterm elections, the Speaker and Democratic Congresswomen met with Obama’s team and advocated for language in his SOTU Address that complemented House Democrat’s women-focused economic agenda. Minutes before the president’s speech that year, the team learned that their suggested phrase and agenda — When Women Succeed, America Succeeds — was included.

When President Obama said the words, ‘when women succeed, America succeeds,’ it was like fireworks were set off in the House Chamber. President Obama’s speechwriter told me that that line received the longest applause line of any in his SOTU speeches during his eight years as president.

Generating buzz around the SOTU Address

When the House Speaker and the president are members of the same party, the Speaker supports them in advancing a shared agenda and message, much like what will happen this year, with Democrats in control of the Executive Branch and Congress.

“At minimum, speech writers, communications strategists and senior leadership work together for weeks to develop the president’s address and the strategy and tactics around amplifying the policy priorities in the speech and the message,” said Etienne.

The White House communications team may also strategically release aspects of the speech prior to the address. “The Obama Administration set a new precedent by rolling out the big policy pieces individually,” recalled Etienne. “One year, we front loaded the message, giving each policy its own moment to shine in the press and among the public, and enabling us to mobilize advocates to help amplify each point at the local and national levels before the speech even happened. We were able to generate media more effectively that way, and the message didn’t get lost.”

“Biden’s press secretary, Jen Psaki, and others in the current administration worked at the White House during that time, so we may see them recycle the Obama strategy,” said Etienne.

On the day of the event, Speaker Pelosi often holds a roundtable with reporters, providing a preview of the president’s speech. The House Speaker’s staff is tasked with limiting the number of movements and camera placements on the floor of the House Chamber, as well as determining which media outlets have access during the live event. When it’s over, members of Congress speak with reporters from all over the country in the Capitol Rotunda to begin communicating their positions on the president’s policy priorities.

“There is typically some level of coordination in terms of the legislative agenda and messaging coming out of the speech” said Etienne. “In a year when Democrats have control of the White House, the House and Senate, it will be interesting to see the degree to which they are coordinating and whether that is apparent in the days leading up to and weeks after the president’s address.”