Georgetown’s McCourt School is the lead institution on a study to evaluate an ambitious reform in education in Tanzania, where basic reading and math skills have plummeted in recent years, despite increased investment and striking progress in access to universal education. 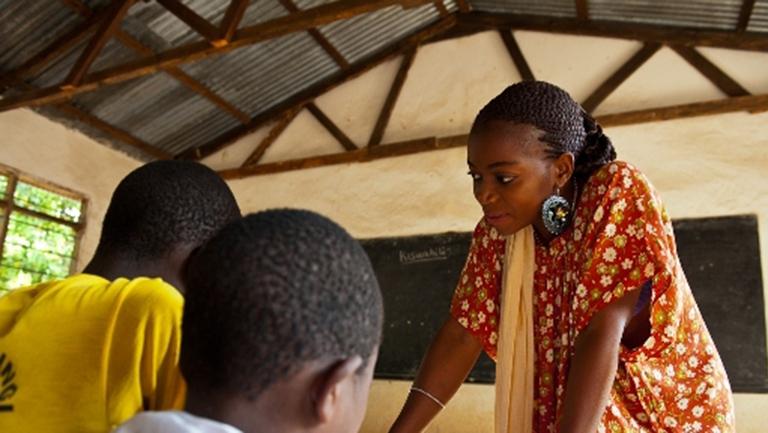 Georgetown is the lead institution on a study to evaluate an ambitious reform in education in Tanzania, where basic reading and math skills have plummeted in recent years, despite increased investment and striking progress in access to universal education.

“The reforms in Tanzania represent a clear shift from traditional education programming toward a structure that generates and sustains pressure on schools to perform,” said Habyarimana, co-director of gui2de, the Georgetown University Initiative on Innovation, Development and Evaluation administering the $6 million grant. “This is a unique opportunity to understand the policy process and evaluate and test innovations to a theoretically well-designed reform.”

The work is sponsored by Research on Improving Systems of Education(RISE), a new initiative aimed at conducting high-quality research to build evidence to enhance children’s learning levels throughout the world.

The RISE Country Research Team, is a multidisciplinary team including expertise in education, economics, psychology, political science and public policy.

The team aims to understand:

How were such far-reaching reforms possible?
How can reforms be sustained?
Are the reforms effective?
How can Tanzania’s experiences inform ways of improving student learning in other countries?

The team also includes key researcher Deon Filmer and Shwetlena Sabarwal of the World Bank; Aneth Komba and Richard Shukia of the University of Dar es Salaam; Isaac Mbiti of the University of Virginia; Kitila Mkumbo of the UDSM and Twaweza; and Youdi Schipper of the Amsterdam Institute for International Development and Twaweza.

“Tanzania offers an interesting case study of reform that is relevant to other countries also planning to undertake ambitious reform,” Habyarimana said.

All four Georgetown faculty members are affiliates of gui2de.

The team will examine the effects of sweeping, nationwide reforms that the Government of Tanzania is undertaking in an effort to improve learning for students in its primary and secondary schools.

According to RISE, countries around the world have been remarkably successful in making progress toward universal primary schooling, but in many places, learning levels are poor, or have declined. As a result, even when children finish many years of schooling, they still lack basic maths and literacy skills.

“The fact that nearly every child is in school represents an enormous victory for humankind,” said Lant Pritchett, RISE Research Director, senior fellow at the Center for Global Development, and a professor of the practice of international development at Harvard’s Kennedy School of Government. “Now that they are there, let’s continue that momentum to make sure that every child in school is learning.”