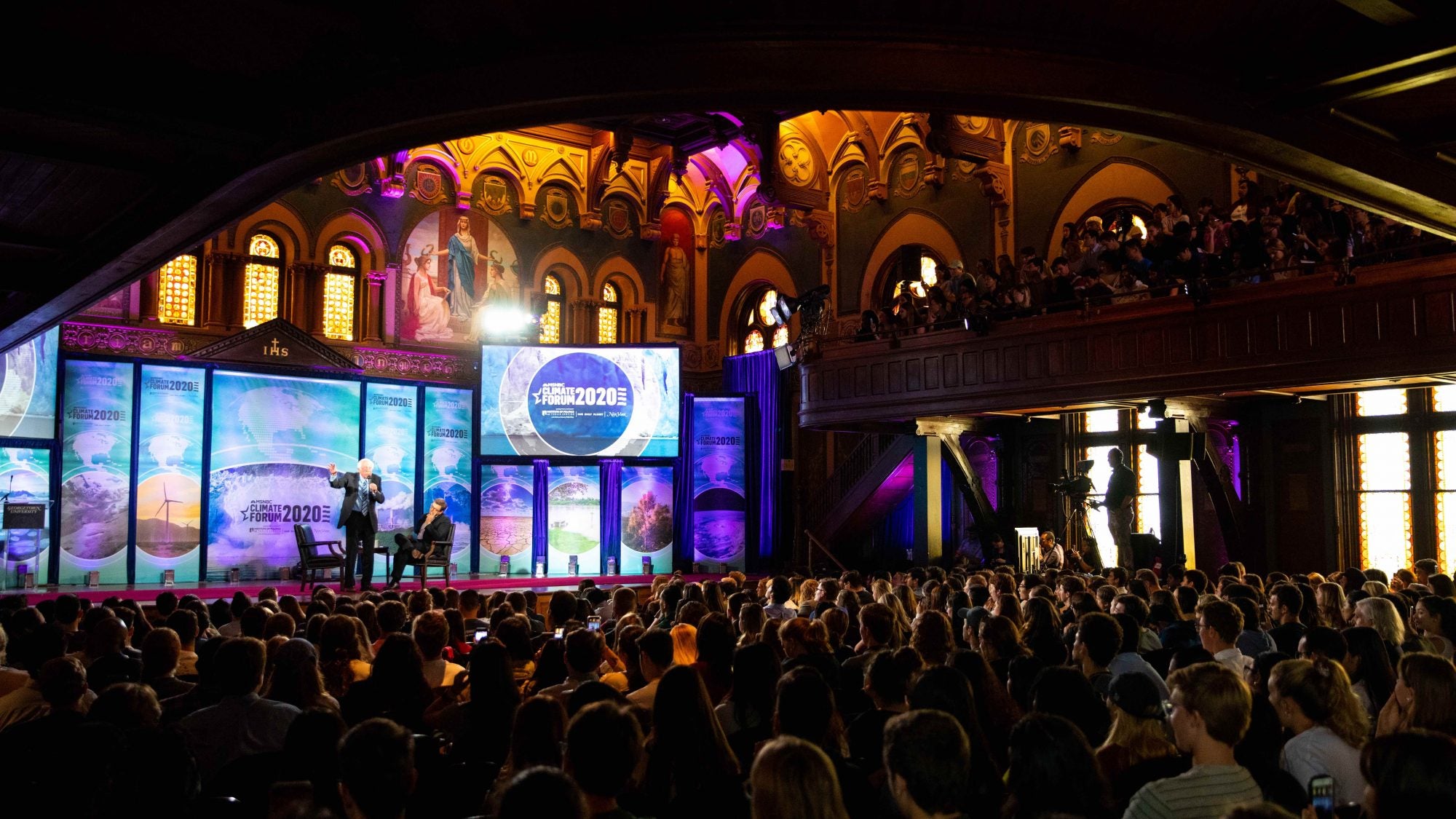 Title: Five Years Is a Long Time In Politics

Georgetown Institute of Politics and Public Service celebrates half a decade at the McCourt School of Public Policy.

Mo Elleithee, the founding executive director of Georgetown University’s Institute of Politics and Public Service (GU Politics), knows that to many people, politics can seem like inside baseball. “If you ask 10 people in politics how they got their start, you’ll get 15 different answers,” he says.

When he returned to Georgetown full-time in 2015 to launch the institute, after having graduated from the School of Foreign Service a little more than 20 years earlier, one of his goals was to help students identify potential paths to careers in politics and public service — and figure out what their answers to that question might be in the future.

Over the past five years, GU Politics has helped students find their space in the political sphere, from campaigning to political journalism and every area in-between, encouraging them to consider ways to make the system better and connecting them with working public servants.

GU Politics has developed a variety of programs to help achieve that goal. The Fellows Program each semester brings in five heavy-hitters from politics, government and media who lead discussions, hold office hours for students, and speak to groups on campus. Fellows also work with student strategy teams advising on research, outreach and problem-solving.

Elleithee says each group is diverse. Past participants have included former Democratic Governor of Maryland Martin O’Malley and conservative political activist Grover Norquist. In the fall of 2015, CNN correspondent Brianna Keilar, who was part of the first group of Fellows, was covering the first Democratic presidential debate, calling students via Skype from the media room during commercial breaks.

GU Politics also brings in guests for shorter stints by hosting speakers and events throughout the year, often offering students multiple engagement opportunities in any given week. In the fall of 2019, the institute partnered with MSNBC, environmental newsletter Our Daily Planet and New York Magazine to host a forum featuring a dozen presidential candidates, including the former mayor of South Bend, Indiana, Pete Buttigieg, Vermont Senator Bernie Sanders and former Massachusetts Governor Bill Weld, discussing climate change with young voters.

The program centers as much around professional training as around practical problem-solving, encouraging students to lead the charge and dip their toes into politics beyond the Beltway.

Elleithee points to student-run organizations like GU Votes, an initiative dedicated to increasing voter registration and turnout among students, and trips to the Iowa caucuses, the 2016 Republican and Democratic National Conventions and England for its 2017 general election.

“These are all designed to help students get some dirt under their fingernails,” says Elleithee. “To actually do, not just to listen.”

As he looks ahead to the next five years, Elleithee hopes to grow the program, possibly creating an international politics vertical and bringing on a regular international fellow. He’d like to focus more on local politics.
Elleithee’s eyes are also trained on the near future, organizing conversations with both Biden and Trump’s presidential campaigns, discussions about election security and debate-watch parties.

“As we approach our fifth anniversary, it’s a really good time to pause and reflect: ‘Is this a big reset moment for us as a society and how we think about public service and public life?’ ” he says. “And if so, maybe we can help convene some of those conversations.”