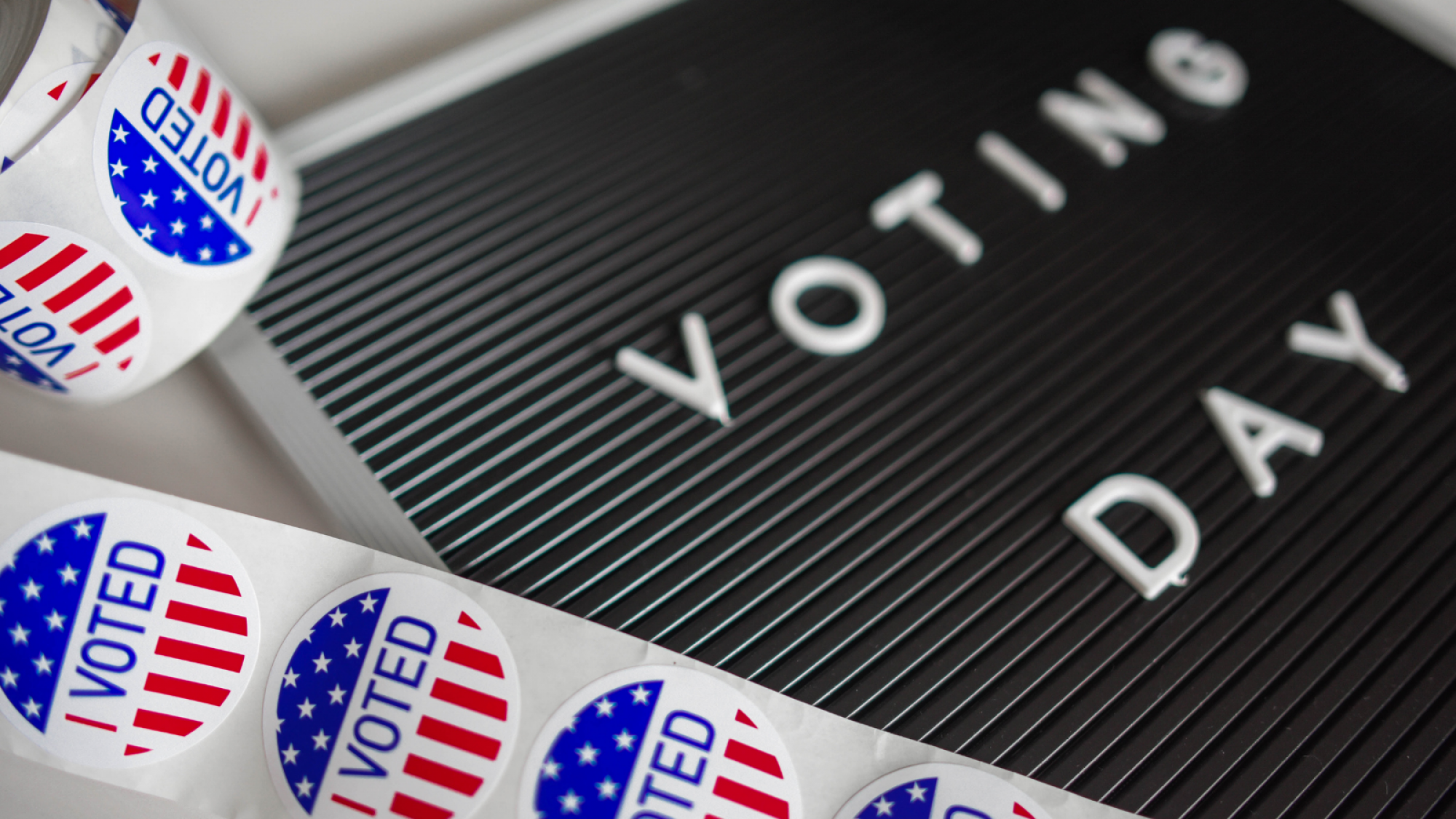 The 2020 election is shaping up to be one of the most important in many American’s lifetimes. Amidst a backdrop of increasing COVID-19 cases, civil unrest, and record job loss, this election could shift the course of American history. In advance of the results, several experts at the McCourt School of Public Policy share insight into what the difference between a Trump and Biden presidency might look like over the next 4 years.

Professor and Director of the Data Science for Public Policy Program

President Trump and former Vice President Biden have very different approaches to the Supreme Court. Trump is quite proud of his Supreme Court justice appointments, openly arguing that they will advance his goals of limiting the government’s role in health care, rolling back restrictions on gun ownership and opposing efforts to protect or expand voting rights. The President has been so successful that with the confirmation of Amy Coney Barrett, the Supreme Court is the most conservative it has been in the modern era.

If elected, Biden would almost certainly appoint individuals with polar opposite views on these and other critical issues facing the court.  However, it is unlikely that Biden will be given the opportunities that Trump has had.  It would not be surprising to see Justice Breyer retire under a Biden presidency, but replacing him would simply swap out one progressive justice for another.  Only with an unexpected departure of a conservative justice would Biden be able to re-shape the court in any way, and even then the Court would likely retain a conservative tilt given the six justice conservative majority.

The real difference in a Biden presidency compared to a Trump presidency would be with regard to efforts to constrain or overrule the Court.  If Democrats control Congress, they could legislate limits on the Court’s jurisdiction.  They could also pass bills that conform to the Court’s demands; for example, the Court’s objections to the Affordable Care Act could almost certainly be dealt with legislatively.

Of note the issue of court-packing would continue to loom in the background.  While this is clearly within powers of Congress and the president, it would be a politically bruising undertaking.  It is likely Biden would prefer to have this as a last-resort response to Court intransigence rather than first priority were he to win.

With the pandemic producing dramatic declines in state and local tax revenue, the public K-12 and higher education sectors are bracing for substantial budget reductions in the new year. Biden has pledged to provide stimulus support that would bolster state and local budgets, something that Trump and Congressional Republicans have resisted doing. At the K-12 level, Biden has pledged to triple federal funding for schools serving low-income students, money that could help address the learning loss experienced during the pandemic. In contrast, Trump has supported scholarships that would help families pay for non-public educational options.

Trump has repeatedly called for a return to in-person learning, and has supported Congressional proposals to reserve most federal Covid-19 relief dollars for K-12 schools that have reopened. He has not, however, provided dedicated funding to do this safely. Biden has said he would provide added funding for masks, other protective equipment and building updates, but he has not provided many of the specifics school leaders are seeking.

The Economy and the Federal Budget

There would be a number of important differences between a second-term Trump presidency and a first-term Biden presidency (along with a Democratic Senate and House, that would be necessary for him to implement his agenda). These differences would matter both for the economy and the workforce, in the short-term and long term.

First, a Biden presidency would more seriously tackle the COVID-19 pandemic, and not merely wait for a vaccine to appear. Biden would likely implement federal standards for public mask-wearing and social distancing (depending, of course, on state and local caseload realities), along with funds for much more testing and tracing. He would also support and sign a new economic relief bill. This would provide relief to unemployed workers and to states and localities strapped for funds, and would help stimulate an economic recovery that is now flagging (as the pandemic once again worsens).

Second, Biden would seek federal investments in health care, education and job training, and infrastructure. He would also invest in the innovation needed for growth, especially in the manufacturing sector. These would strengthen the longer-term health and productivity of our citizens and of the US economy.

Third, Biden would strengthen federal labor standards and enforcement. He would raise the federal minimum wage and update overtime laws; he would strengthen enforcement of occupational safety and antidiscrimination laws. He would push for paid family leave, and reward employers who treat their workers well. He would work hard to reduce racial disparities in job market outcomes, wherever possible.

Overall, Biden would take more steps to make our workforce more productive and more equitable than would a second term of Trump.

Professor of the Practice

Setting the federal budget is one of the most significant roles of government.  It is the financial representation of government priorities and it impacts our economy and our lives in many ways.  Although Congress ultimately has the “power of the purse,” the President has veto power over budget legislation and this is one of the s most important policy tools is his annual budget proposal.

Although President Trump’s plans have been pretty vague, he has called for significant spending increases combined with another large tax cut.  His spending would include more for the military, infrastructure, veterans, immigration enforcement, and education and childcare.  This would combine with the tax cut and add additional trillions of dollars in federal debt.

In contrast, Vice President Biden has a plan for a very large tax increase.  However, that would be dwarfed by trillions more of extra spending.  He would raise spending on child care and education, healthcare, infrastructure, retirement and disability, and the environment.  The net cost of these policies are not so different from President Trump’s in this way. Both would lead to trillions of dollars in federal debt.

No matter who our next President is, it looks like federal debt will grow well beyond any past level.  It is unprecedented and it has consequences.  It may hinder our ability to deal with future crises like another global pandemic.  And it is a tradeoff.  We exchange trillions of dollars of spending beyond our means for lower future economic growth and lower future wages.

The Integrity of the Election and Online Misinformation

False information, disinformation and fake news continue to be a problem in the 2020 Presidential Election.

If a trusted news source, for some it is an article on Facebook or Twitter posted by a trusted friend, shares information with us, we tend to just assume it is true. Unfortunately, not only do we need to be skeptical about news from our trusted sources, we also need to fact check information shared by our leaders, including the President. Let’s consider the presidential debate, we expect each candidate to make a few mistakes – that is only natural. However, when the number of false claims is upwards of 15, we need to think carefully about the accuracy of all information we are obtaining.

An interdisciplinary group of scholars is in the middle of a study about misinformation – both the sources and what the public retains. Through this study, we have learned the following:

But what is most concerning, is that we, the public, hear this information, and a reasonable fraction of us believe it.

For democracy to work, people have to trust in the fairness of our elections. Unfortunately, some have used the COVID-19 pandemic, the expansion of voting by mail, and the hyper-polarization of our politics to sow distrust in the electoral process.

In recent weeks, GU Politics has convened conversations on election integrity with bipartisan pairings of current state election officials and former Secretaries of Homeland Security.  These conversations found strong bipartisan consensus on three main areas: allegations of wide-spread voter fraud, the security of election systems, and the threat of misinformation and disinformation campaigns.

Election and homeland security experts agree that our election will be fair and secure. They stress that people should have confidence that their vote will be counted.  But there are tangible steps we can all take as individuals to help:</>