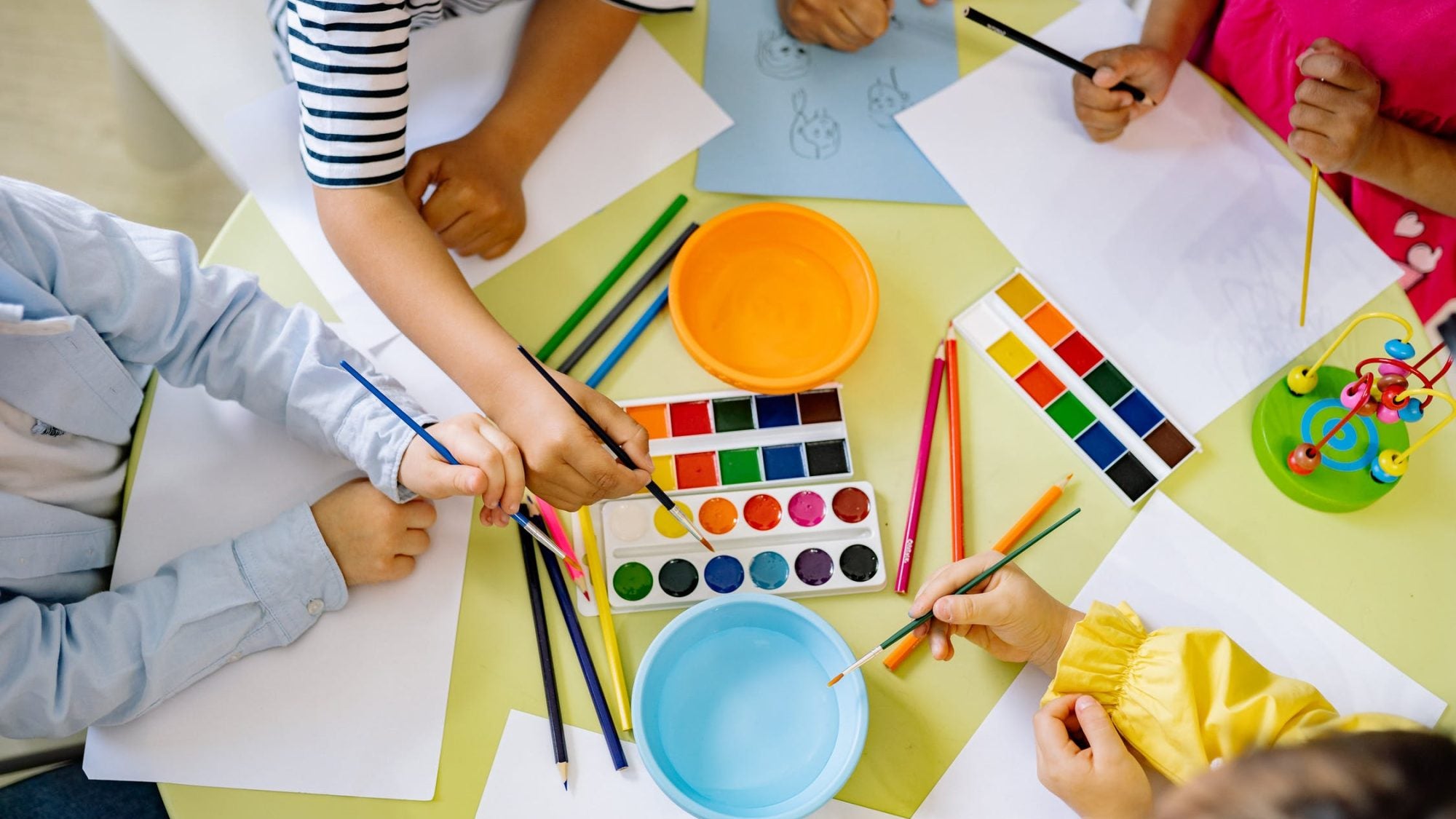 Title: McCourt Professor reflects on 25 years of Hoya Kids and the importance of early childhood education

Dr. Bill Gormley was instrumental in establishing Georgetown’s on-campus child care center. His latest research is on the cusp of the Biden Administration’s push to pass universal pre-kindergarten.

By the mid-1990s, a majority of women with children were in the workforce and companies were becoming particularly sensitive to the needs of working families. Those sensitivities reached colleges and universities across the country, including Georgetown.

Then University President Leo J. O’Donovan, S.J., understood Georgetown’s role in fulfilling the unique responsibility of a Catholic and Jesuit institution and helping parents at the University better balance work and family responsibilities. In part, that meant more readily available, accessible and affordable child care. In response to the community’s need, Father O’Donovan appointed Kathleen Sentora, a senior staff member, to help bring on-campus child care to fruition and enlisted a faculty and staff advisory board.

McCourt Professor Bill Gormley, an expert on early childhood education and member of the advisory board, had just published a book on daycare in the U.S. and brought a wealth of research knowledge and expertise to the initiative.

“Father O’Donovan had a vision for a daycare center on Georgetown’s campus,” said Gormley. “There’s always been an abundance of intellectual capital and good will on the Hilltop but seldom enough physical space. Father O’Donovan was willing to commit scarce resources, including space, to realize that vision.”

Establishing a child care center on the Hilltop

“It was not easy to get a daycare center approved by the city government and representatives, including neighborhood associations,” said Gormley, citing the broader community, political and legal obstacles posed to those working on the initiative.

In the 25 years since its founding, HKLC has served nearly 600 children ages 1½ through 5 years. One of those children was Gormley’s daughter, Angela, who still has many fond memories of her experience.

“Hoya Kids has been very successful in conveying the joy of learning to young children, and I attribute a lot of that to Jane Banister, director of Hoya Kids Learning Center, who has been so thoughtful, wise and warm in the way she’s approached early childhood education at the University,” said Gormley.

Since HKLC’s founding, Gormley has focused a majority of his research on four-year-olds, many of whom are eligible for pre-kindergarten (pre-K) programs across the country. He and Dr. Deborah Phillips, a professor of psychology and an affiliated faculty member at McCourt, co-developed the McCourt School’s Center for Research on Children in the U.S. (CROCUS).

For the past 20 years, Gormley, Phillips and fellow researchers have been studying and evaluating data from Tulsa Public Schools (TPS), an independent school district serving Tulsa, Oklahoma. The researchers’ primary interest has been the short and long term effects of TPS’ pre-K program, which is available on a voluntary basis, free of charge, to all four-year-olds in the state. According to Gormley, “75% of all four-year-olds in Oklahoma are now enrolled in a state-funded pre-K program or Head Start.”

“Support for publicly-funded pre-K has been a bipartisan issue in Oklahoma,” said Gormley. “The citizens and elected officials in that state continue to appreciate the value of high-quality, government-funded preschool programs.”

“They understand that investment in early childhood education can promote economic development and employment opportunities for generations to come,” he said.

The rising costs of child care across the country have also influenced the growing support for government-funded pre-K. According to the Center for American Progress, the average cost of child care in the United States is nearly $16,000 per year. In the District of Columbia, the cost is even higher — $24,000 for infant care and $19,000 for toddler care — more than the household income of some families living below the poverty line.

“Child care is enormously expensive in DC,” said Gormley. “Even with subsidies, tuition costs and fees are still daunting for many families.”

In recent months, universal pre-K has been atop the Biden Administration’s social policy agenda, though attempts to pass legislation that would increase American families’ access to high-quality child care have proven unsuccessful thus far.

“Congress came very close to adopting universal pre-K at the national level,” said Gormley. “It still might happen, but even if it doesn’t, the issue has become part of the national conversation, and many state and local governments are committing to it.”

Seven states, including the District of Columbia, and a growing number of cities have instituted universal pre-kindergarten programs for four-year-old children, and in some places, also for three-year-olds.

“It’s easy to understand the importance of child care and pre-K when you’re a parent, or even just as someone who spends time with young children,” said Gormley.

“Young children’s brains develop so much more quickly than adults, and if you can lay the groundwork for more refined and complex skills at an early age, kids are more likely to flourish and thrive later in life,” he said.