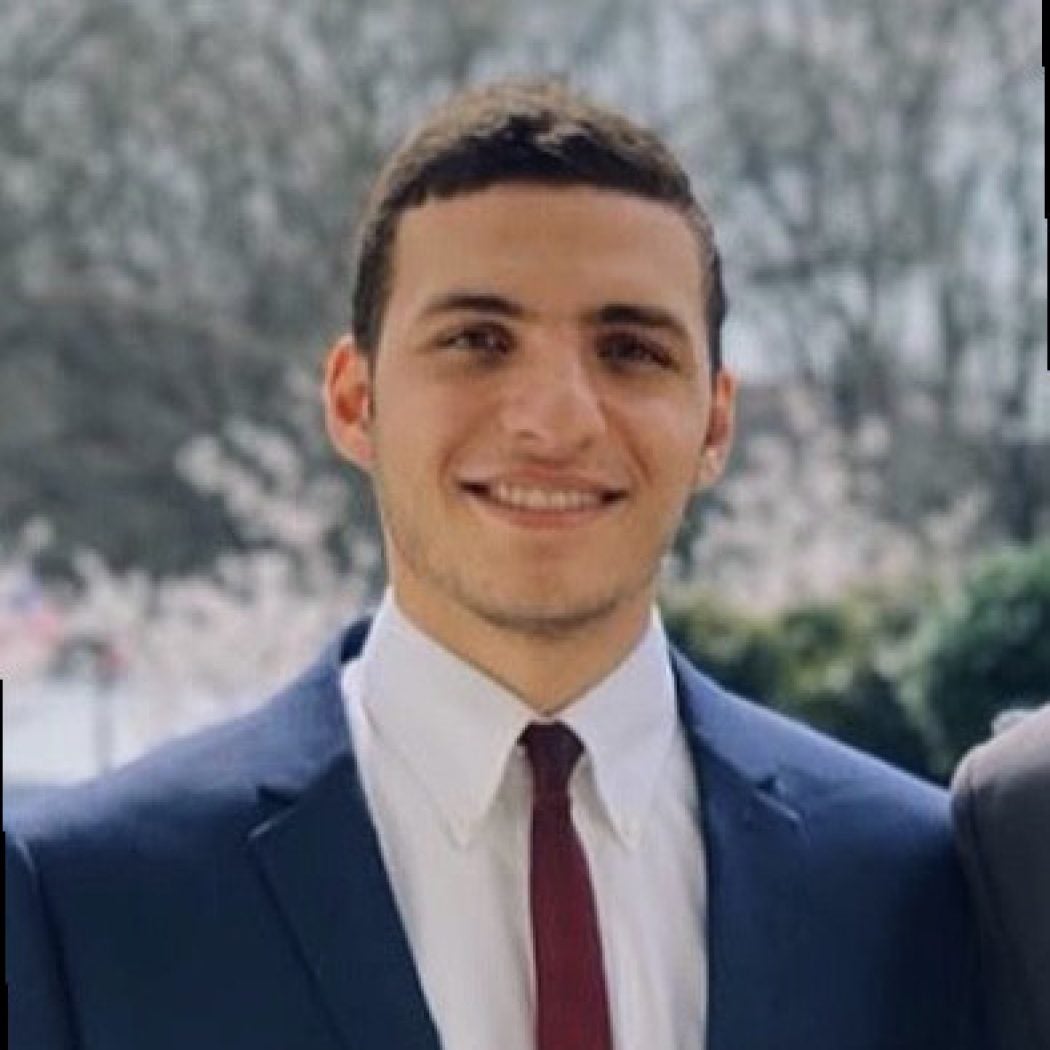 Why did you choose McCourt? I chose McCourt and Georgetown because of it's reputation in the policy world as well as the world class faculty that McCourt has.

What has been the best part of your experience so far? Networking with my fellow peers and professors has been a great experience. Both professors and students are very nice and very impressive people. Another thing that I've really enjoyed is the Georgetown neighborhood, it is by far one of the nicest neighborhoods in DC and has some of the best restaurants and bars.

What internships have you had so far during your time at McCourt? I am currently the executive director of a non profit that I helped found during my time at McCourt.

Undergraduate University, degree, and major: University of San Francisco, B.S in International Studies with an emphasis in Global Politics and Societies

Hobbies/ Interests: I am passionate about creating change in the Middle East and North Africa, my home region. Along these lines, I have a passion in influencing U.S foreign policy to ensure that it best aligns not only with the United States but also with the other countries it serves. I am also very interested in National and Defense Security. As for hobbies, I currently play on a Georgetown Intramural Soccer team, I am also an avid soccer fan which is nice in D.C because there are many bars and restaurants that stream live soccer games.