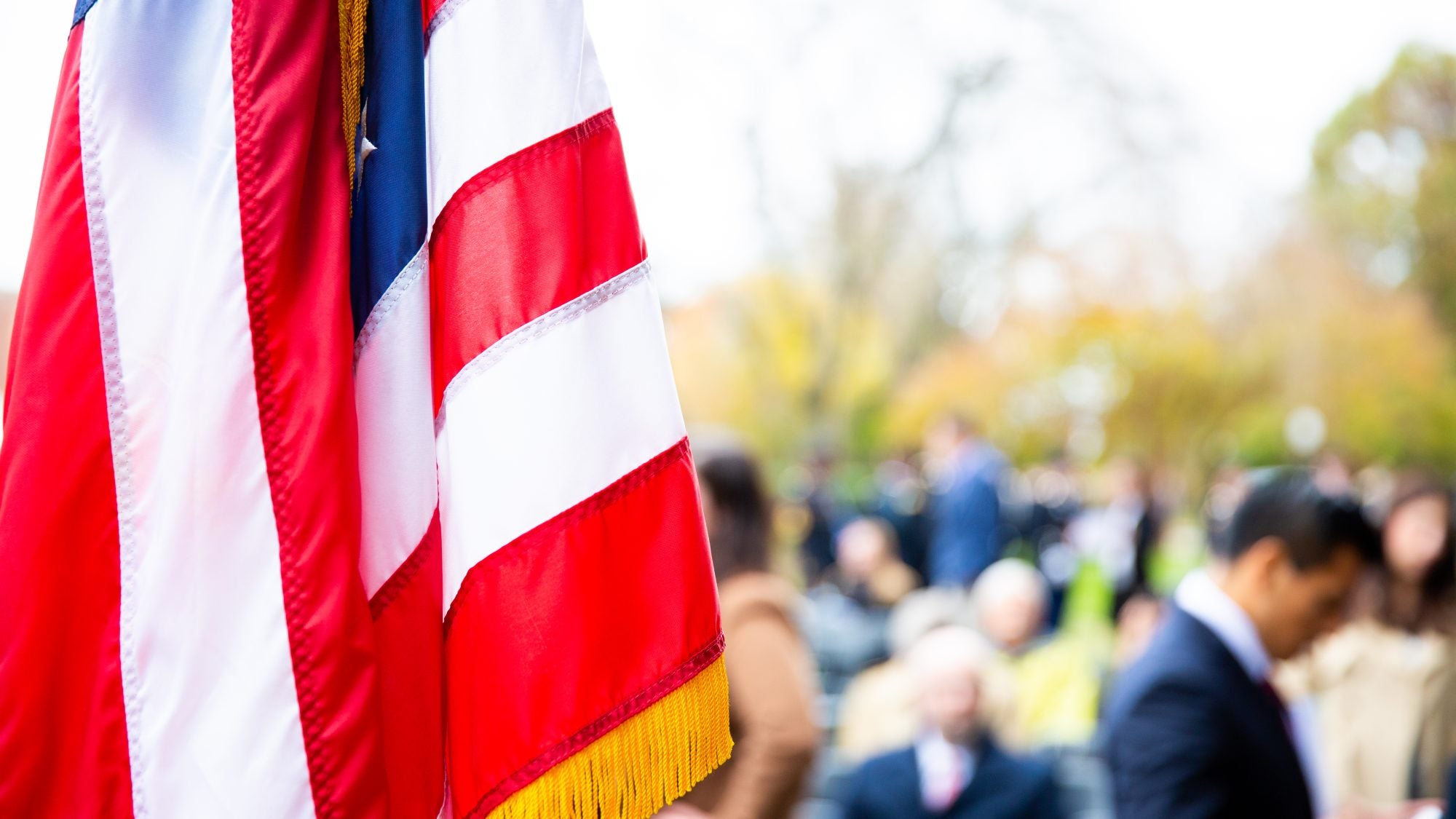 Newmark Scholar and veteran Samuel Grantz (MIDP‘23) is turning his passion for service into a career improving global equality.

Ahead of the fall 2021 academic year, the McCourt School named an inaugural class of Newmark Scholars, awarded through the Craig Newmark Veterans Scholarship Fund, which supports scholarships, experiential learning opportunities and community programs for military-connected students at the McCourt School. Newmarks’ latest gift to McCourt renews our shared commitment to increasing the pipeline of talented veterans and military-connected students with careers in public policy, and expanding the diversity of lived experience in our classrooms.

Among this year’s scholarship recipients is Samuel Grantz (MIDP‘23), a veteran of the U.S. Marine Corps Reserve who served in Afghanistan as an infantry squad leader with Alpha Company 1st Battalion, 24th Marines. At just 17, Grantz enlisted as a Reservist and began military training while studying international relations, logistics management and marketing at Central Michigan University.

There aren’t a lot of veterans in the international development space. The MIDP community at McCourt is a tighter form of family than I have ever experienced since leaving home.

As an undergraduate, Grantz traveled to Ghana for a nutrition course and saw first-hand the dire economic straits in sub-saharan Africa. “I contracted malaria while traveling, which put the human experience into perspective,” he said. “I just didn’t know then how I fit into effecting change.”

Grantz’s worldview forever shifted after he deployed to Afghanistan shortly after graduation. “I was forced to make decisions in a war zone under severe stress and in close proximity to a lot of tragedy — unlike anything I’d ever experienced before,” he said. After spending almost a year in the Middle East, Grantz found difficulty in adjusting back to civilian life.

“I was looking for a sense of purpose during that period of readjustment,” he said. As an avid traveler and adventurer, Grantz decided to take on another challenge: returning to Africa to climb Mount Kilimanjaro, the tallest freestanding mountain in the world. While visiting Tanzania, Grantz met a woman working on a series of small infrastructure projects which opened his eyes to the field of international development. “I felt for the first time that I was able to connect the abject poverty I had seen in developing countries with a career providing aid to people on the ground.”

A path toward purpose-driven professional life

When Grantz was offered a job at Chemonics, he expected to be tasked with forecasting and managing a supply chain for malaria medication and mosquito netting. Just as he was preparing to move to DC, the pandemic emerged, and Grantz found himself facing yet another inflection point. Many of Chemonics’ suppliers switched production to COVID-19 tests, causing a severe constraint on their supply chain and their ability to allocate malaria test kits in Africa.

“It was overwhelming at first,” he said. “Not only were we forced into a very intensive reallocation exercise, I had to learn how to use Chemonics’ proprietary software and work across leading organizations like UNICEF and The Global Fund in the midst of a global health crisis.”

Grantz had finally found what he was looking for — a purpose-driven career with real-world impact — and to help with advancing in his new-found field, he turned to graduate school. Dr. Franck Wiebe, academic director of the McCourt School’s Master in International Development Policy program, and Rachel Cardwell, assistant registrar for veterans affairs and benefits at Georgetown, were instrumental in helping Grantz find his place on the Hilltop.

At McCourt, Grantz found a diverse community of impatient changemakers just like him. “I had been looking for that for a very long time and felt an immediate sense of home,” he said. “I now have peers who share my values, regardless of where they come from, and throw themselves into helping people most in need.”

“Like many of my peers, I found myself in a situation where the financial toll of graduate school was more than I expected,” he said. “The Craig Newmark Veterans Scholarship Fund was a lifeline. I didn’t get the benefits I expected from the GI Bill, and Craig Newmark was there to fill that void.”

“Even the small things, like the VET Ally stickers seen around campus, have made me feel so welcome,” he said. “Georgetown is immensely veteran-friendly, and it’s been an unparalleled experience thus far.”

Interested in becoming a 2022-23 Newmark Scholar? All U.S. domestic applicants to full-time and part-time degree programs who identify as U.S. veterans, active-duty, reserve and/or military-connected are eligible for consideration by submitting a Newmark Scholar application by Monday, February 21, 2022, at 5:00 pm ET. Select applicants will be invited to interview with McCourt School faculty and staff in March 2022, with finalists notified in mid-March.